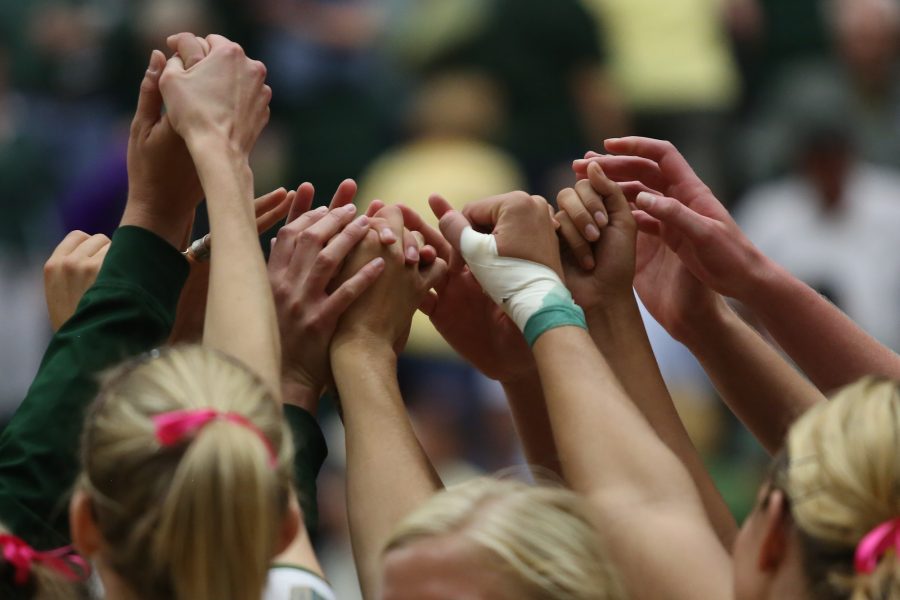 The mentality of one foot in front of the other, one game at a time, and one point at a time continues to pay off for Colorado State volleyball.

Monday the Rams improved to No.19 in the nation after a release from the Coaches AVCA Division I Coaches top-25 poll. In its history CSU has been nationally ranked for 237 weeks, which is more than all but 14 teams in the National College Athletic Association.

The increase in rank for CSU came after two sweeps over the University of Wyoming and Texas A&M last week. With a win over Texas A&M, the Rams concluded non-conference play with a perfect 9-0 record, marking the second time in program history since 1999 when CSU went 13-0.

CSU is one of six undefeated teams in the NCAA. With a 10-0 record, the Rams are tied for their third best start in program history. In last week’s release, the Rams sat at No.22.

It is awesome to be in the top-25,” sophomore outside hitter Adrianna Culbert said. “It is nice that people recognize that we are undefeated and are playing really well. I think right now our focus is conference.”

Although rankings may mean a lot to the university and fans, head coach Tom Hilbert ensures his team that MW wins mean more than any number.

“Im not worried about the standings to be honest, thats a bunch of people voting,” Hilbert said.  “We need to win the Mountain West and we need to win the next matches that we play, that is what is important to me.”

From the start of the season, the Rams have defeated opponents from all across the nation as well as in Colorado. The 2013 season is just beginning for CSU, a lot of play is still to come.

With 19 regular season matches left, CSU will start on the road against Air Force on Thursday and New Mexico on Saturday. The remaining schedule features only conference opponents. CSU continues to inch closer to its sixth MW title in a row.

“Being ranked is great, but it does not take us away from our goal in the Mountain West,” junior setter Deedra Foss said. “We are continuing to grow and improve one game at a time. That is our mentality going into each game. I look to it as we are the underdogs, no matter what our record may be.”