Joey Porter excited to be back at CSU 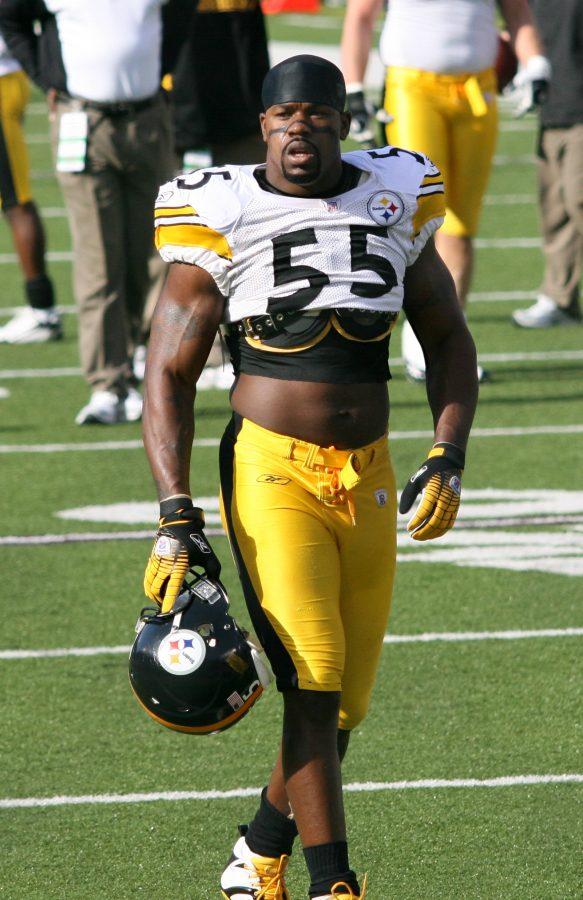 In his first press conference as a CSU football coach, Joey Porter spoke about the importance of his return to CSU and his number one goal: to earn his degree.

The team announced Wednesday that the former CSU standout and 13-year NFL linebacker will return to CSU to complete his bachelor’s degree and work as an undergraduate student assistant coach.

“It’s important to me just to have my degree. You always want to finish anything you start and I had a lot of opportunities to finish it but when I was playing professional football my mind was on being a pro,” Porter said. “In my offseason I would always be in a situation trying to let my body recover to where now I’m done playing (and) it speaks volumes to me and my family to graduate. I’ll be the first in my family to get a degree.”

Porter played for CSU from 1995-98 and was selected by the Pittsburgh Steelers in the third round of the 1999 draft. He earned a Super Bowl victory with the Steelers in 2006 before signing with the Miami Dolphins. Porter ended his career with the Arizona Cardinals after the 2011 season. He said he is excited about the opportunity given to him by head coach Jim McElwain to rejoin the ‘Ram Family.’

“One of the things we did when we first got here is we reached back to the former Rams,” McElwain said during the pre-camp press conference on Thursday. “We want them to be part of who we are and what we’re all about — part of using history to help you build your future — and embracing all those who played here and the guys who built this (program). We are very excited to be able to help one of our own in Joey Porter.”

In 2005 Porter donated $200,000 to the team to renovate the football locker room which was subsequently named after him.

“He has stepped up and he’s given back to his university and I think it’s our time to give back to those who have meant so much to us,” McElwain said.

Porter said he hopes to be able to share his story with the team and to help make them better football players and better young men. He said he was lucky enough to play in the NFL for 13 seasons and understands how to transition to the next level and what it takes “to become a great football player.”

Not only can he act as a guide to the young players by relaying his story and experience, Porter said he will learn from the players and staff as well while learning what it takes to be a coach—something he “definitely” wants to do.

“I’m going to soak up a lot from the coaches just sitting back and watching them—seeing the hours and what it takes and learning all of the rules and stuff like that,” Porter said.
“You always gotta love what you do and I know I love it,” he said. “It’s going to be different but I’m excited and I’m ready for the challenge.”

When the players found out about Porter’s return to the team the sentiment was mutual.
“A lot of us were very excited,” said junior tight end Kivon Cartwright. “His knowledge from being in the league and being who he is – It’s just very exciting to a lot of us.”