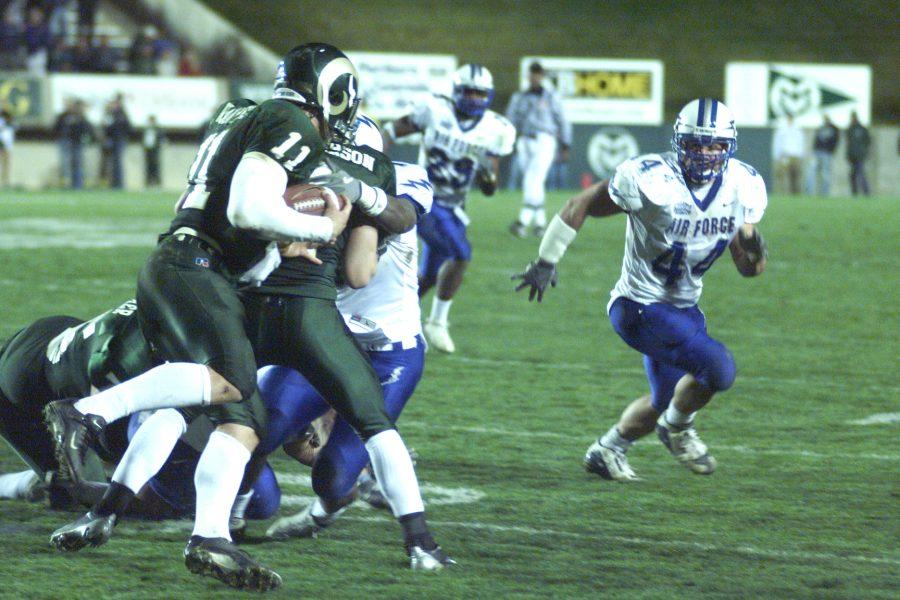 CSU will honor former football standout and College Football Hall of Famer, Greg Myers, during halftime of the Rams’ first home game on Sept. 14 against Cal Poly, according to a news release.

Myers played for the Rams from 1992-95 and was inducted into both the Colorado Sports Hall of Fame and College Football Hall of Fame in 2012. As one of the most recognized players to don a Rams uniform,  Myers was also the recipient of the Jim Thorpe award in 1995—an award given annually to the best college defensive back in the country. He remains the only player in Western Athletic Conference history to be named first-team all conference four years in a row.

“As one of the most decorated student-athletes in Colorado State University history, Grey epitomizes the ideals we embrace,” said Athletic Director Jack Graham in the release. “He represented our university as a person of character and integrity. Greg embraced his education with a mission to serve our country and the world. He also was a winner, who did so with commitment, discipline and hard work.”

Myers, originally from Windsor, Colo., was selected in the fifth round of the 1996 NFL draft by the Cincinnati Bengals and finished his five-year professional career with the Dallas Cowboys. Following his pro career, Myers completed medical school and is now an anesthesiologist in Denver.

His no. 3 jersey will be displayed alongside fellow Ram greats Thurman “Fum” McGraw and Eddie Hanna.

“It’s a tremendous honor and very humbling to be recognized by CSU in this manner,” Myers said in the release. “Individual awards come from being surrounded by great teams, athletes and people like my coaches. During my time at CSU I was fortunate to have all of them.”

CSU’s first home game of the 2013 season against Cal Poly is scheduled to kick off at 1:30 p.m. MT at Hughes Stadium.