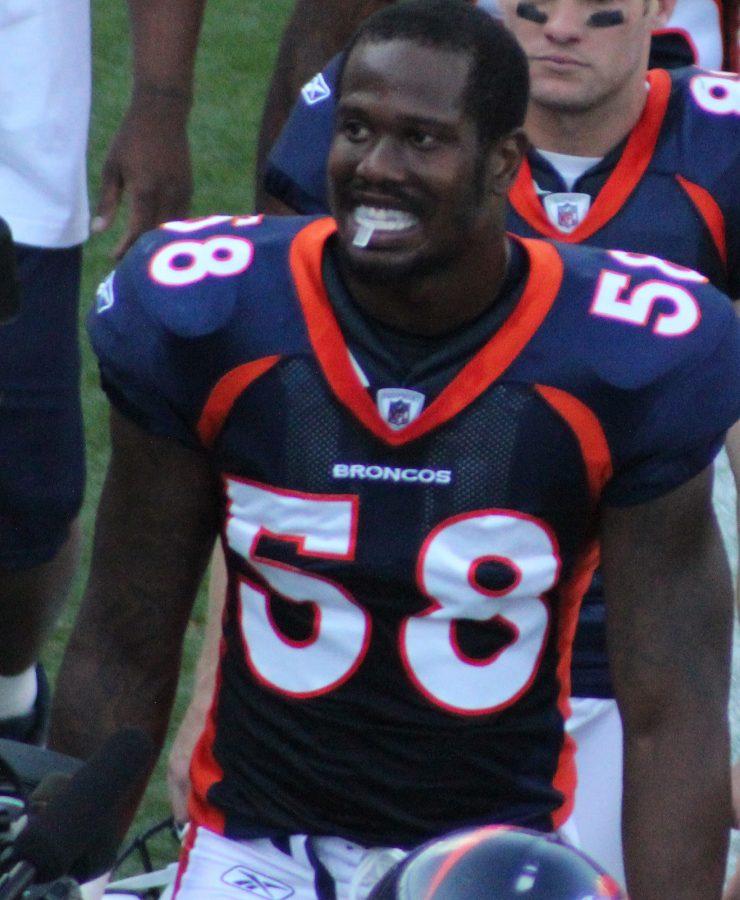 Like any loyal Broncos fan, I have been chomping at the bit for the kick-off to the season with the commencement  of Thursday’s first training camp open to the public.

I will certainly be pleased with watching Peyton Manning laser balls to the ‘Black & Decker’ duo and rookie Sylvester Williams acclimate to the elevation, but I was really looking forward to watching Von Miller give Montee Ball a Mile-High welcoming tackle.

Though Miller will still participate in training camp, it will be with a tainted image. Awaiting appeal, the Pro-Bowl linebacker has been suspended four games for allegedly violating the NFL’s substance abuse policy.

Since players who test positive for recreational or illegal prescription are not suspended after their first offense under NFL regulations, it means that this is the second time Miller has violated policy, in order to be facing a four-game suspension.

Though the league keeps substance abuse cases strictly confidential, the Denver Post leaked an anonymous source that claimed Miller tested positive for Marijuana and Amphetamines in his 2011 rookie season. The substance Miller allegedly abused recently has not been revealed, but Miller is maintaining that no such violation occurred.

After the news broke on Monday, Miller took to twitter, saying;

Seeing reports abt 4 game susp. I know I did nothing
wrong. I’m sure this’ll be resolved fairly. Disapp.
Broncos have 2 open camp like this.

The NFL Player’s Association are siding strongly with Miller, supporting his innocence and expressing indignation on Miller’s behalf about the breach of confidentiality.

Players and fans alike are pulling for the appeal to go through, because even with Manning under center, the Broncos will need the All-Pro linebacker for all 16 games of the season, but especially the first two.

In week 1, they face former teammate Elvis Dumervil and the reigning Super Bowl-winning Ravens before heading to New York for a Manning v Manning matchup.

After the loss of Dumervil, Miller will take on the leadership role in the back field, helping Williams to adjust to Jack Del Rio’s defensive system.

If the appeal does not go through, Miller will report to training camp, but will have to leave the team prior to their first pre-season game on Aug. 29, not to return until Sept. 30, when the Broncos play the Dallas Cowboys in week 5.

If it does go through, it will simply be another smear on Denver’s unfortunately messy off-season record. First the Dumervil mishap, and then the drunk-driving scandals involving director of player personnel, Matt Russell and director of pro personnel Tom Heckert.

Russell is suspended without pay indefinitely, while Heckert was charged with a one month, no-pay suspension after both were arrested for DUI.

Personally, I’m hoping that the Broncos have squeezed out every ounce of bad luck and every botched situation for the 2013-14 season before it’s even started.

That way, once the season has officially begun,  they will have a real chance to win the Super Bowl, as Miller predicted in March, before this mess tainted the dream. We’re pulling for you Von!