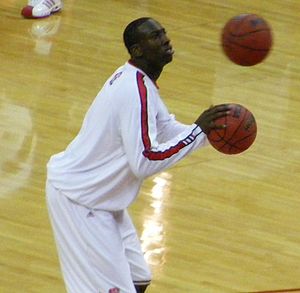 According to reports from Y! Sports, the Denver Nuggets have signed 24 year old JJ Hickson to a 3 year, $15 million contract.

Hickson, an undersized 6’9″ center, averaged 12.7ppg and 10.4rpg in 80 games with the Portland TrailBlazers last season. Hickson was an undrafted free agent prior to his time in Portland.

This signing marks the first move for the Nuggets this offseason, days after losing Olypmpic Gold Medalist Andre Iguodala to the Warriors (story below).

All Star SG and Olympic gold medalist Andre Iguodala signed a 4-year, $48-million contract with the Golden State Warriors Friday, according to Y! Sports. Iguodala’s departure from Denver leaves the Nuggets without a standout star, and a vacant 2-spot.

In one season with the Nuggets, Iguodala played 80 of the 82 regular season games, averaging 13ppg. Iguodala was acquired in a 4-team trade prior to the 2012-2013 season, which sent Dwight Howard to the Lakers, Andrew Bynum to the Sixers, and Al Harrington and Arron Afflalo to the Magic.

Iggy’s departure from Denver comes amidst a month of immense loss for the Denver Nuggets. Head Coach George Karl was honored with NBA Head Coach of the Year, and one week later was fired by Josh Kroenke. GM Masai Ujiri was honored with NBA GM of the Year, he signed a multi-million dollar contract with the Raptors the next week. Starting C Kosta Koufus was traded draft night to the Memphis Grizzlies for a late-2 round pick.

Iguodala will join the up-and-coming Warriors roster, the same team that shocked Nuggets fans in the first round this season. They later were eliminated by the Western Conference Champion San Antonio Spurs.

The Warriors traded Richard Jefferson and Andres Biedrines to the Utah Jazz prior to signing Iguodala. Their fate in the Dwight Howard sweepstakes is now blurred.

The Warriors will now carry one of the most dominant small-lineups in the NBA. Here is their expected starting lineup.

The Nuggets roster, as of right now, would consist of: