Prediction: Colton Iverson is a mid second round pick 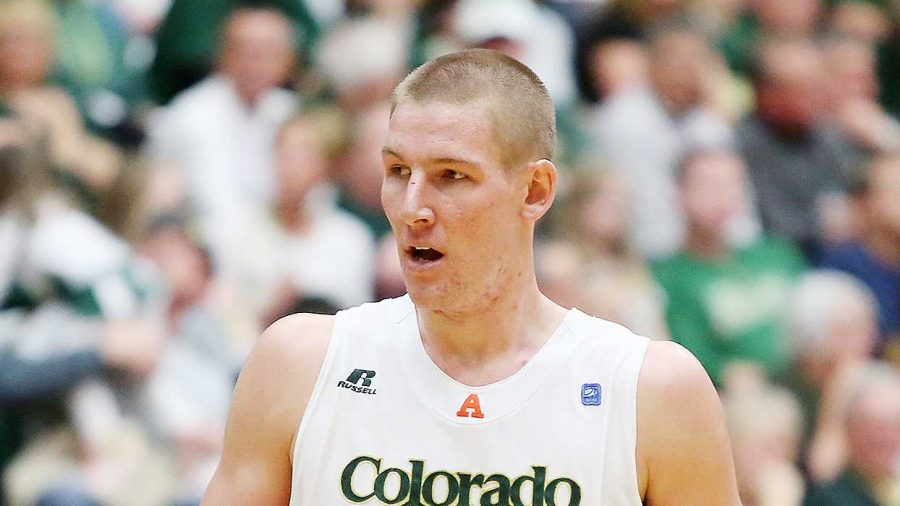 Colton Iverson was selected to attend the NBA scouting combine in Orlando. The league invites the top available prospects to the combine for measurements, drills and evaluation.

Tonight, 60 of the world’s best basketball players will hear their name called in Brooklyn, NY, during the 2013 NBA Draft.

Since then, Iverson developed into one of the best centers in college basketball.  After a trip to the NCAA tournament with CSU, Iverson graduated and began his journey to the NBA.

One of 60 players invited to the NBA Draft Combine in Chicago, Iverson watched his draft stock soar.  NBA agents booked his entire pre-draft summer with team visits and workouts.

Measuring in at 7-feet tall, Iverson is one of the most dominant centers available in this draft.

I spoke with Iverson on the phone prior to his workout with the Cleveland Cavaliers earlier this month, and he was confident he would hear his name on draft night. His agent, Adam Pensack, told me Colton worked out for 2/3 of the league, including powerhouse teams like the LA Lakers, Oklahoma City Thunder, and LA Clippers.

It is no hidden secret, the NBA is a scoring league.  Defense and rebounding come second and third to scoring.  Colton has worked on his mid-range jumper, and has nearly perfected his 15-foot pick-and-pop jumper.  That will separate him from the other centers like Jeff Withey of Kansas.

However, don’t expect to hear his name called in the first round.  The league is focused on finding rising stars in the first rounds, and players who can get them points.  It isn’t until the late first round or early second round that valuable/role-player big men, like Iverson, will start coming off the board.

Expect to see Jeff Withey come off the board before Iverson.  A recruit from Kansas who has a strong post presence on offense will be appealing to NBA teams.  Once Withey is gone, Iverson’s name might become a hot commodity in the early-mid second round for teams who are looking to snatch a big man who can dominate, while saving some money in cap space.

My prediction: Colton Iverson will be selected between picks 38 and 45.  The Wizards at 38 are really enticing to me.  The Bucks at 44 could be a good fit as well.  Both are young teams in search of role-playing big men after trades (Wizards: C Javale McGee to Denver for C Nene. Bucks: C Andrew Bogut to Warriors for G Monta Ellis.)

Content producer Dillon Thomas can be reached at news@collegian.com.