The Rocky Mountain Collegian • May 6, 2013 • https://collegian.com/articles/sports/2013/05/lakers-jazz-thunder-among-nba-teams-interested-in-csus-colton-iverson/ 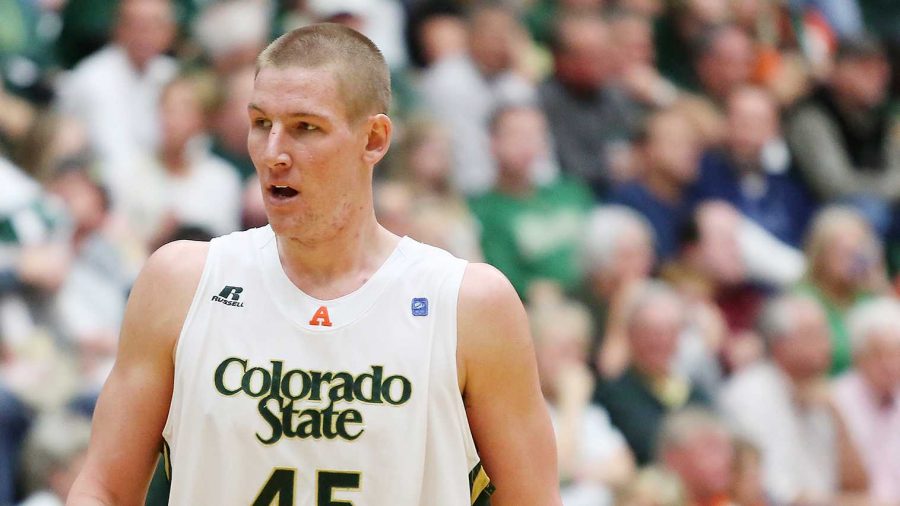 When former CSU center Colton Iverson traveled to Las Vegas, Nev. at the beginning of April to start preparing for the NBA Draft in June, he knew he had to improve physically in order to get the attention of NBA scouts.

Now, after working on his game, as well as gaining 10 pounds and losing two percent of his body fat, Iverson is receiving serious attention from multiple NBA teams and has been invited to the NBA Draft Combine in Chicago from May 15 to 19.

One of Iverson’s agents, Adam Pensack, said that Iverson has already started to field multiple requests to work out with NBA teams, and has scheduled a workout with the Los Angeles Lakers tomorrow and one with the Utah Jazz on Saturday.

“Those are two of the maybe three teams in the NBA to have any workouts prior to Chicago and Colton’s gonna be in two of them,” Pensack said. “So, that is somewhat telling in terms of just the fact that teams want to get him in because they ultimately are hearing some of the buzz.”

That buzz has generated around Iverson because of a workout regimen that he has worked on since the beginning of April, leading to interest from teams like the Lakers and Jazz, as well as the Oklahoma City Thunder.

Iverson believes the newfound attention he is receiving is attributed partly due to the improvements he has made over the past month, and due to the fact that he now has the opportunity to showcase all of his talents in front of trainers and scouts who will decide whether and where he gets drafted.

Helping Iverson’s cause during individual workouts may be his mid-range jump shot, an aspect of the game that he did not employ often during the regular season, but one that Iverson says he has worked on and that his coach at CSU, Larry Eustachy, said would one day surprise NBA scouts.

“A lot of people think that shooting is one of my weaker areas, so hopefully I can show them that I’ve really put in the work and developed a really solid jump shot and that’s what these workouts are about, to show teams what you can do,” Iverson said.

Now Iverson will have that chance to show prospective teams what he can do in the combine that will be televised live on ESPNU, ESPN2 and ESPN3.com on May 16-17, but also during workouts, when he will take on some of the best big men in the country during his workouts with teams.