The Rocky Mountain Collegian • May 10, 2013 • https://collegian.com/articles/sports/2013/05/austin-fisher-leads-csu-lacrosse-by-example/ 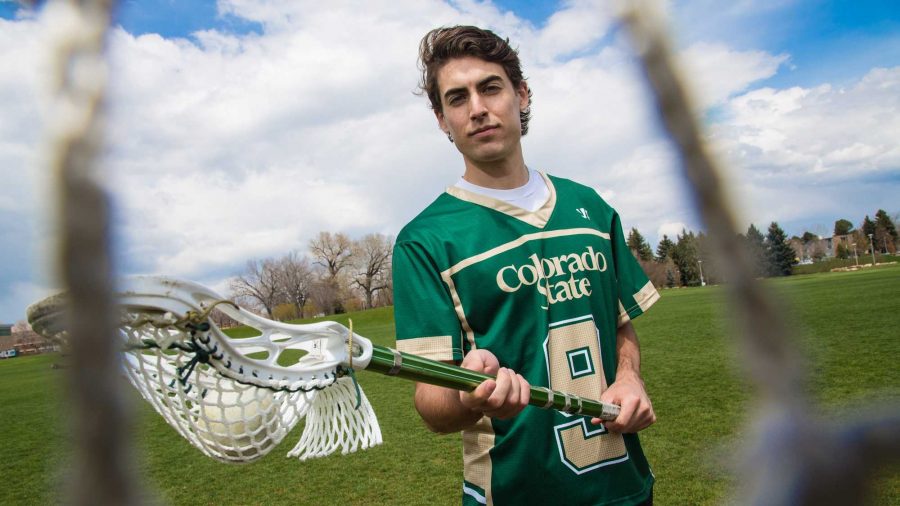 CSU lacrosse captain Austin Fisher and the rest of the Rams team will head down to South Carolina tomorrow to battle for their fourth straight national title.

It’s not often that we get to witness a legend in the making, the type of player that holds himself and his teammates to a higher standard of excellence. An athlete that brings the intangibles, the ability to drain a last second shot or make the play that doesn’t seem possible. CSU senior attackman Austin Fisher has built a legacy that will be remembered among the greats in an already storied CSU lacrosse program.

Fisher was the perennial athlete as a kid, testing his skills at football, basketball, hockey and soccer. However, like many of his friends, he was enticed by lacrosse and the unique skillset that it required. Much to the delight of his father, Fisher picked up lacrosse in fourth grade.

“My dad played in high school, so initially I wanted to play because he liked it,” said Fisher. “But then, I fell in love with it. Around seventh grade I made my first competitive team, and that’s when I knew if I worked hard it was something that I could be successful with.”

Once Fisher had found his sport, he took off running with it. At Rock Canyon High School, he developed himself as a team leader both on and off the field.

“Austin was exactly what you want in a leader and role model for the younger players in the program,” Rock Canyon head coach Louis Goldin said. “We have three mantras of class, heart and team, and he upholds all three of them extremely well. He was always a great ambassador to the game, our program, and within the community.”

When Fisher, along with high school teammates Kacy Carter and Tyler Zabor, joined CSU, head Coach Alex Smith knew he had something special on his hands.

“In the first week we always evaluate the new guys, and we knew that he and his class were going to be a pretty good group,” said Smith. “I remember returning to my assistant coach and saying, ‘we could win right now with just these freshman,’ and Austin was definitely a part of that group that ended up being pretty great for us.”

For the past four years, Fisher and his class have helped take CSU lacrosse to new heights, bringing home four straight conference championships and a national championship, which they are set to defend in the MCLA Tournament next week.

Fisher has plenty to brag about, he’s probably the last guy to be heard doing so. In fact, he probably doesn’t give himself enough credit.

“Austin is a leader, from what he says to what he does,” said Zabor. “He doesn’t have to say it, every one can see it in what he does. He’s also a very humble guy. He gets all these awards, but he would never be the first one to talk about it.”

This week, Fisher was named the RMLC Player of the Year for 2013, a high honor in the toughest conference in the nation.  Going into his last MLCA tournament, he currently sits in third place in the CSU record books with 287 points. Still, Fisher puts all the praise on his teammates.

“Winning the player of the year is never something I was focused on, but it’s a humongous honor,” Fisher said. “It’s really a reflection on our whole offense. I am a guy that likes to generate, but at the same time, a lot of what I do is a result of the hard work of our defense and middies, so all of the credit goes to my teammates for sure, but it’s very humbling to win that award.”

It’s not often that you find an athlete like Fisher. He is a player that brings out the best in both himself and his teammates both on and off the field, and will do whatever it takes to win.

“It’s safe to say for all defenseman on our team that when you match up on Austin, you have to step up your game because he pushes you more than anyone,” Zabor said. “When you’re against him, he gets the most out of you.”