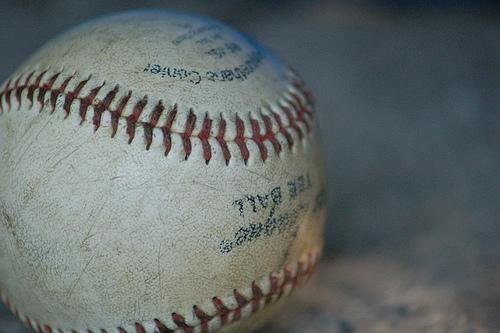 Baseball is a young man’s game. Though it remains one of the few sports that welcomes athletes aged 40+, if they’re up to scratch, an influx of young super stars are taking over.

He has set himself up for another winning season, at 1-0, bringing his career W-L record to an impressive 62-37.
With a career 2.77 ERA and an NL Cy Young Award from 2011 under his belt, Kershaw is well on his way to making history. At the ripe age of 25, his arm has plenty of heat left in it, and apparently, so does his bat.

Speaking of bats, the Nationals hit the jackpot drafting a 17-year-old Bryce Harper with their No. 1 pick in 2010. Though he came into the league with serious hype, no one could have predicted his talent showing itself so quickly.

Harper, who was last year’s National League Rookie of the Year hit a home run bomb on the second pitch he saw against the Marlins’ Ricky Nolasco. Not finished yet, he cranked out another, straight over the head of Miami’s Giancarlo Stanton in the fourth inning. With those two homers, the only runs scored by the Nats in the game, Harper made history.

He is the youngest player to hit more than one home run on opening day and the first player in Nationals history to crack out a couple of bombs in his first 2 at bats. As the crowd went wild, and shouts of “M-V-P” could be heard; one could worry that Harper’s head will expand exponentially.

Luckily, it seems that Harper’s head is screwed on just right, no ego-inflation allowed. He remains humble and hardworking, unwilling to settle for the level of success he is at right now. Some of that could come from AL super star, 21-year-old Mike Trout’s prodigious season, but we will give him the benefit of the doubt.

“When you have a lot of guys in front of you and behind you that can hit well, you’re going to get a lot of pitches to hit,” Harper said in a post-game interview. “I feel good right now, but it’s early. We’ve got about nine more months left.”

With Harper behind the plate cracking bats and Kershaw pelting 93 mph fast balls towards home, it’s going to be an exciting few months. I’m not complaining.