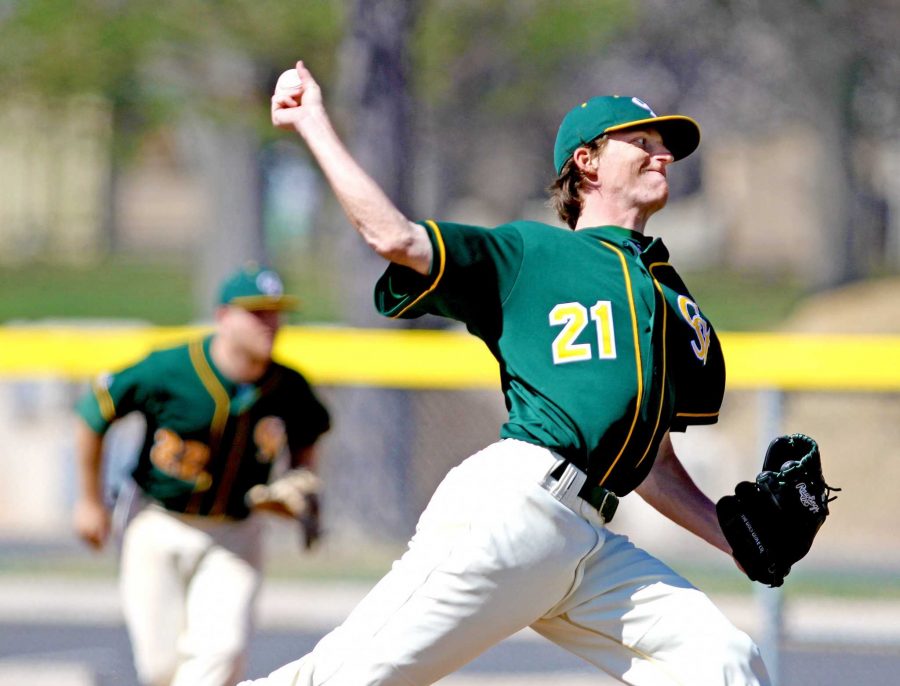 When the CSU club baseball team traveled to Jackson Field to take on Northern Colorado Saturday and Sunday, the Rams had a chance to start   Mid-America West Conference play on the right foot.

Instead, the team struggled at times on the mound and ended up splitting the four-game series while moving the Bears to first place in the conference.

“I’m pretty happy with it. Usually these guys come down and just take it to us,” UNC coach Grant Evans said. “But it’s good to see our conference kind of leveling out talent-wise with not having CSU just dominate, but I’m happy with it. I’d like to take three out of four but right now we’re sitting pretty good at the top of the conference, so I really can’t complain about it.”

After CSU was able to grab a 5-1 victory in the first game Saturday afternoon, the Rams placed themselves in a good position to sweep the first day of games by building a 5-3 lead going into the bottom of the seventh and final inning.

CSU used the trio of pitchers Riley Hughes, Robert Garza and Tate Hughes to hold the UNC offense at bay through six innings, but senior pitcher M.J. McPeek was unable to get the save in the bottom of the seventh.

After getting a routine fly-out from designated hitter Luke Jackson to lead off the inning, McPeek gave up a walk, a double and a bases-clearing single from right fielder C.J. Gardner that tied the game at five.

McPeek got out of the inning thanks to a double play, but the Bears were able to get the victory in the eighth when starting pitcher Spencer Wood hit a walk-off RBI double to end the game in extra innings.

“It was rough,” CSU catcher Brett Bogner said Sunday. “Those games are always tough on you and it was just demoralizing especially since these are conference games, every game means so much. But we had a long talk out there, we kind of settled our differences, (coach Nick Childs) told us to go home that day and just flush it and come back today and just do what we’ve been doing the last couple weeks.”

The Rams’ rotation got on track in the third game of the series Sunday afternoon when starting pitcher Alex Marshall gave CSU a five-hit complete game shutout.

CSU cruised to a 7-0 victory in that game, but in game four, the Rams saw starting pitcher Greg Hart surrender eight runs, five of which were earned in the first in the first inning and a third.

The Rams’ bats rallied to produce seven runs in the game, but the Bears’ lead was too much to overcome as UNC took game four 10-7 while securing the series split.

“I’m really proud of our guys for fighting back the way they did,” Childs said. “They put together some great at-bats, they dealt with some adversity that they didn’t necessarily need to deal with this weekend and they handled it really well, so I’m proud of the way we played today but I’m disappointed that we didn’t come out with two wins.”

Now the Rams will try to correct their pitching woes and maintain their focus for the entirety of a game while preparing for their next game against Metro State University Tuesday at 5:30 p.m. at City Park in Fort Collins.