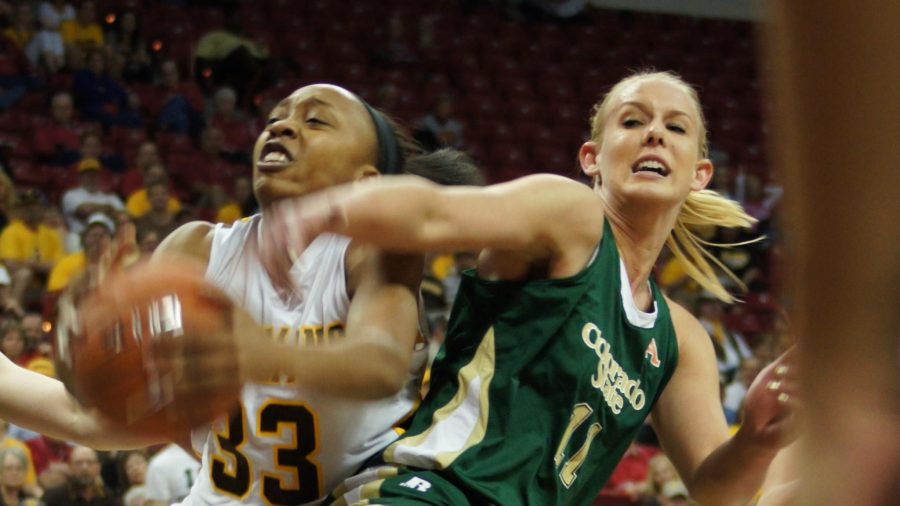 The postseason ended just like the regular season for the CSU women’s basketball team, with a loss to Wyoming.

The Cowgirls overcame a 10-point halftime deficit by raining threes in the second half to win 60-58.

Wyoming junior guard Candrel Landry put the Cowgirls up by two with a layup with 15.8 seconds left and junior Sam Martin missed a turnaround jumper at the buzzer to seal the Rams’ fate.

CSU put together its most complete performance of the season, staying with third-seeded Wyoming on both ends of the floor.

“None of us came in here thinking this was our last game of the season,” CSU junior Sam Martin said. “I’m going to write 60-58 above my mirror.”

Both teams traded huge shot after huge shot in the second frame, and Wyoming just made more when it counted most.

CSU went nine minutes without a basket in the second half, which allowed the Cowgirls to make that comeback.

“You can’t go nine minutes. Wyoming is the leading scoring team in the league,” CSU coach Ryun Williams said. “When you get that opportunity up 14, you still got to keep your foot on the gas.”

Freshman Marquelle Dent tied the game with a layup at 6:58 remaining and sophomore Kaitlyn Mileto gave Wyoming its first lead since 3-2 on a 3-pointer a minute later.

Wyoming trailed by 10 for much of the second half, but a 3-pointer by sophomore Kaitlyn Mileto cut the lead to nine with 11:16 remaining.

Junior Sam Martin lead CSU with 14 points and six rebounds while also dishing out five assists, many to sophomore LeDeyah Forte out of a post double team. Forte finished with five points.

“It’s one of the things we talk about all the time, is you just keep fighting, you keep competing, and you wait for your opportunity to make a run,” Wyoming coach Joe Legerski said.

It was the second highest field goal percentage CSU recorded this season in a half against a Mountain West opponent.

The Rams lead 9-8 with 11:57 remaining in the first half before going on a 10-1 run sparked by Heimstra and Forte.

Check out the highlights from CTV: