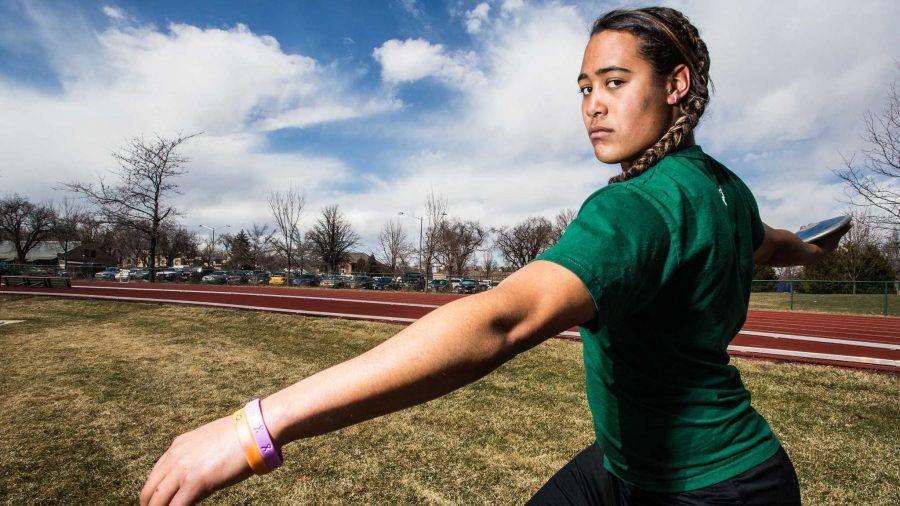 Thrower Kaih Hicks will be a key factor in a prospective Rams victory at the season's first home meet this Saturday at Jack Christiansen Track.

Everyone has to make tough, potentially life-altering decisions in high school. Kiah Hicks, a sophomore thrower for CSU’s track team, had to choose between track and field, and basketball.

At Falcon High School in Colorado Springs, Hicks was a four-year letterwinner in both basketball and track and field, and a one-year letterwinner in cross-country as well. Eventually, she would have to make the painstaking decision of giving up one dream to pursue another.

“Her first love was basketball, but she was pretty much an All-American in track, so it was a logical decision,” Falcon track coach Josh Hall said. “And I think she was kind of the last to realize that. In high school, you want to play every sport, and the camaraderie of every sport is a little different, so I think that was big part of it too.”

While all the signs pointed to a bright future throwing for the track team, Hicks was still needed some convincing.

“My high school basketball coach told me that I was a natural athlete and that I had never really given my full attention or effort to track, and she thought I had the chance to really excel,” she said.

So Hicks kept her mind open, followed the advice of her coaches and peers, and committed to track over basketball. However, she wasn’t about to leave her basketball life behind completely.

“She was probably one of the best leaders on the team,” said Hall. “She actually had teammates from the basketball team come out and do track just to come and try something different, and we have had success as a school because of that.”

Hicks took the leap, and it has paid off for her and CSU. Once Hicks decided she would pursue a collegiate career in track and field, she caught the eye of head track and field coach Brian Bedard.

“I thought that she would be a good candidate to represent our school, both on the team and academically. She is an exceptional student as well,” said Bedard.

“After watching her break some records last year as a freshman, we really think that she has the potential to develop into an elite athlete,” Bedard said. “This year, we were going to have Kiah only compete in two events, but the problem was that she was so good in all three that we couldn’t not let her compete.”

It’s not a bad problem for a coach to have. In the meantime, Hicks is enjoying every minute about her decision to stick with track.

“I feel really good about the decision,” said Hicks. “I definitely miss basketball but I love track. I feel like I am made for track.”

Now, Hicks is setting an example for her teammates and student-athletes everywhere.

“She puts out a positive vibe in practice,” said Hall. “With her level of intensity, she is someone that could come across as really intimidating to other athletes, and it was actually more of an inspiration.”

Both on and off the field, Hicks is dignified, self-assured and ready to represent for her school.

On March 26th, Hicks was named the Mountain West Co-Athlete of the Week after her outstanding performance at the Tom Benich Invitational, in which she won both the discus and hammer throw and placed second in the shot put.

“I am proud to be representing CSU well,” said Hicks. “It’s nice to know that the conference recognizes my performance, and I am happy to put CSU in the spotlight. The basketball team was able to kick that off really well, so hopefully track can keep that momentum going.”

Track and field beat reporter Tyrus Coder can be reached at sports@collegian.com.