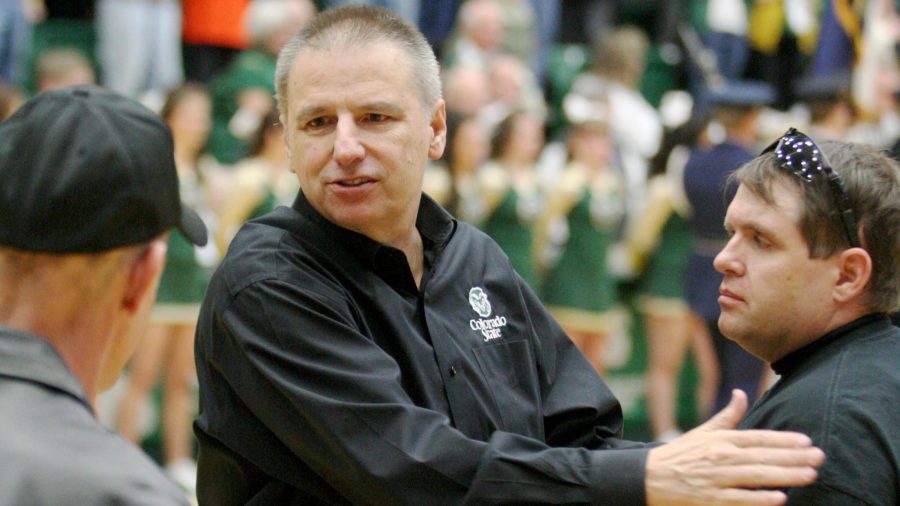 When I think of Larry Eustachy I think of a soft-spoken man with short, graying hair that acknowledges his tendency to ramble in press conferences.

I think about someone who can joke about himself and wax poetic about what a shame it is that college basketball players can foul out and relate that to a Kid Rock concert.

I think about a man who offered a group of sportswriters some of the breakfast provided for his team after a 7am-10am practice.

I acknowledge the fact that he had a major drinking problem, but just like Eustachy isn’t the head coach at Iowa State anymore he is a different man.

Eustachy has been more than open and willing to talk about his past, he addressed it in his introductory press conference, and at some point we have to leave the past in the past and acknowledge he is a changed man.

Some fans on the road; however, haven’t been able to let that go. Wyoming fans chanted “alcoholic” during Wednesday’s game in Laramie, and the Rams’ coach has had to deal with similar abuse at other road contests, but what Wyoming’s student section did was classless and shameful.

I’m not going to pretend like the CSU student section has never yelled offensive things at opposing players or coaches, it was almost expected for them to yell some variation of “f-the Mormons” whenever BYU visited Moby Arena or Hughes.

But to attack a man by dragging him through one of the most challenging periods of his past when he wants more than anything to move on. Eustachy has been sober for nearly 10 years, according to a story in the Coloradoan.

How long did your “get in better shape” New Years Resolution last?

He wants to set up a sober living home by donating his portion of a salary.

There’s no need to continue to bring up a man’s problems when he’s working so hard to find solutions.

In no way am I advocating giving Eustachy a free pass about his past, but it has been brought up and overdone so much that the man should be allowed to live his life and coach his team without suffering personal attacks on the road.

If opposing fans can think of funny or clever signs that poke fun at Cam the Ram or CSU’s struggles defending opposing guards, fine. Fans are what make college basketball so great, but when they stoop to the level of ad-hominem attacks it’s time to take a stand.