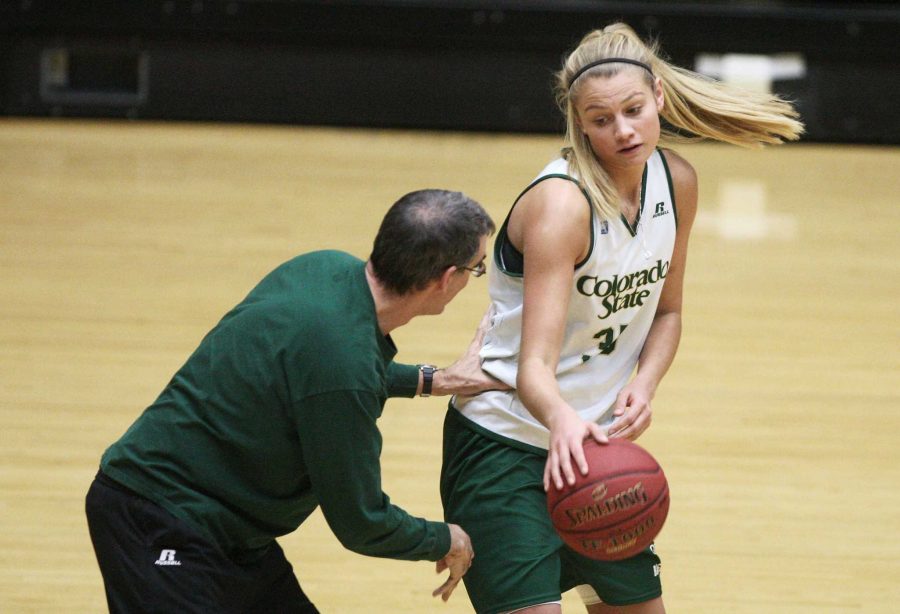 After jumping out to a 7-0 lead against UNLV in its last game, the CSU women’s basketball team is looking to redeem their 13 point loss on Jan. 20 in Las Vegas tonight in Moby.

The Rams will meet the Rebels for the second time this season Wednesday night at 7 p.m.

CSU needs a win to put themselves in a tie for fifth place in the conference.

“We had a lot of turnovers in our game against UNLV,” Hayley Thompson said. “We need to play for the 40 minutes… we can not fall in the second half.”

Leading UNLV by 18 points, the Rams could not hold on for the win and ended up losing 63-50.

CSU is coming off a big win against Air Force this weekend that increased its record to 8-15 and put the the team in a potential position for fourth place.

UNLV lost 86-50 at San Diego State Sunday, but likely isn’t dealing with road jitters after winning its two previous games away from the Cox Pavilion.

Even though UNLV has struggled this season, CSU needs to focus on leading scorer for the Rebels and the league, Kellie Thompson.

UNLV is suffering from injuries as sophomore Briana Charles and sophomore Alana Cesarz are out with a fractured hand and a torn ACL respectively, according to UNLV’s athletic website.

“When playing a team like UNLV, it is important to score constantly and push on the offense,” CSU coach Ryun Williams said. “Thompson is a big time plays and a big time scorer … we gotta get control from the start and control their scoring.”

UNLV is currently ranked fourth in the Mountain West Conference and leads the Rams by two games.

“Last game we missed some shots,” senior Megan Heimstra said. “Gotta get them all, and continue converting on the offense.”

Heimstra lead the Rams in points scored against Air Force and is coming into the game healthy and fully rested.

“It would be good to get a win,” Caitlin Duffy said. “And we need to hit the shots we can get.”