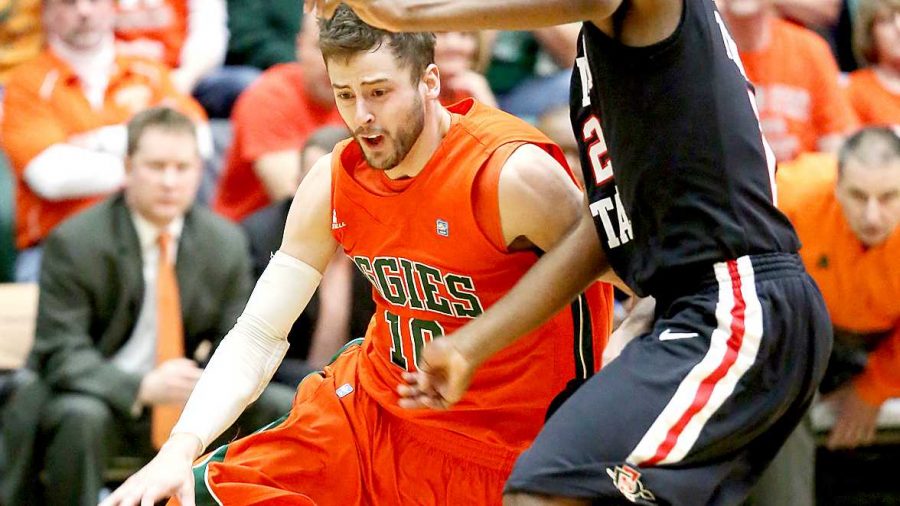 The last time the Rams squared off against conference foe New Mexico on Jan. 23, Lobos junior guard Tony Snell had his way with CSU’s vaunted defense.

Snell scored a game-high 23 points, 14 of which came in the first half, aiding New Mexico to a 10-point first half lead that was too much for the Rams to overcome in a 66-61 road loss.

Coming off a heartbreaking 61-59 loss at UNLV Wednesday night, the Rams will be looking to lock Snell down Saturday afternoon in hopes of getting into a tie for first place with New Mexico in the Mountain West conference.

“We have to play our principles better,” CSU coach Larry Eustachy said.  “We have to be there on the catch, we have to limit his good looks, we have to contain his penetration, he’s a great player and supposedly this is the best team in the league coming in here so we’ll see, it’s a great matchup.“

Snell had so much success against the Rams in January thanks in large part to moving well off screens and getting open looks close to the basket while getting eight of his 23 points off layups and free throws.

The Rams will try to get back to what they do best against New Mexico, playing defense and rebounding, something they didn’t do well in the loss to UNLV, as CSU was out-rebounded in that game for the first time all year.

The Rams will try to repeat the performance on the boards they had the last time they played New Mexico when they out-rebounded the Lobos 42-28, which helped turn a 22-point Lobos lead into a one possession game at the end.

“I don’t know if we can out-rebound them, I really don’t, it’s gonna take a Herculean effort to do something like that,” New Mexico coach Steve Alford said.

“So we’ve just gotta do what we do, we’ve gotta take care of the basketball. We gotta take good shots, and then we’ve gotta defend the way we’re capable of defending and hopefully that’s good enough to allow us to hang around until the end to have a chance to win.”

With a win Saturday, New Mexico can get a two-game lead over every other team in the conference.

With a loss, the Lobos will be locked into a tie with CSU atop the MW with just four games left to play in the regular season before the conference tournament starts on March 12.