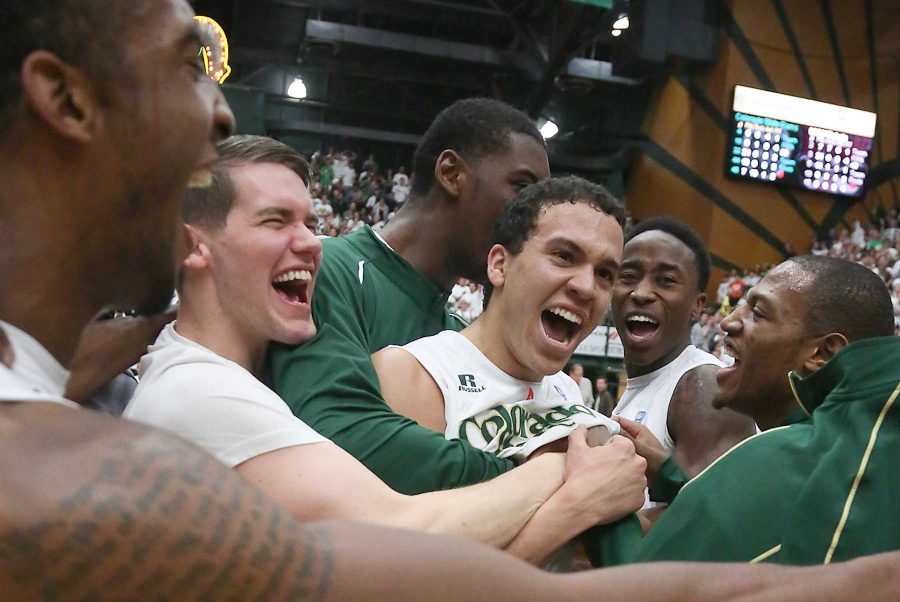 The Colorado State men’s basketball team has made the Associated Press top-25 poll for the first time since 1954 it was announced Monday.

The Rams have received votes in the poll the entire season but broke through into the rankings as the No. 24-ranked team in the country just behind Oregon.

CSU received 125 total votes in the poll, up from a season-high of 49 votes it received in last week’s poll.

“It’s neat for our players and for our program,” CSU coach Larry Eustachy said. “That’s exciting news for our guys, but we still have to play very difficult games on Wednesday (vs. San Diego State) and then on Saturday (at Air Force).”

The tumultuous state of college basketball recently helped the Rams break into the rankings.

Losses by Minnesota, Missouri, Ole Miss, North Carolina State and Cincinnati, to name a few which received more votes than the Rams last week helped CSU as the Rams took care of business in their only game of the week on the road against Nevada.

The ranking in the top-25 marks the building of a CSU program that has been years in the making. After making the NCAA tournament last year for the first time since 2003, the Rams have become a force in the Mountain West Conference, winning six of eight games in conference play en route to a 19-4 overall record.

CSU’s position as one of the most physical teams in the country likely helped its case in making the top-25 as the Rams now lead the nation in rebounds per game at 42.4 while boasting the No. 15-ranked RPI in the country.

The USA Today/Coaches top-25 poll is the other poll released every Monday and the Rams have also been ranked No. 24 in that poll, receiving 79 votes.