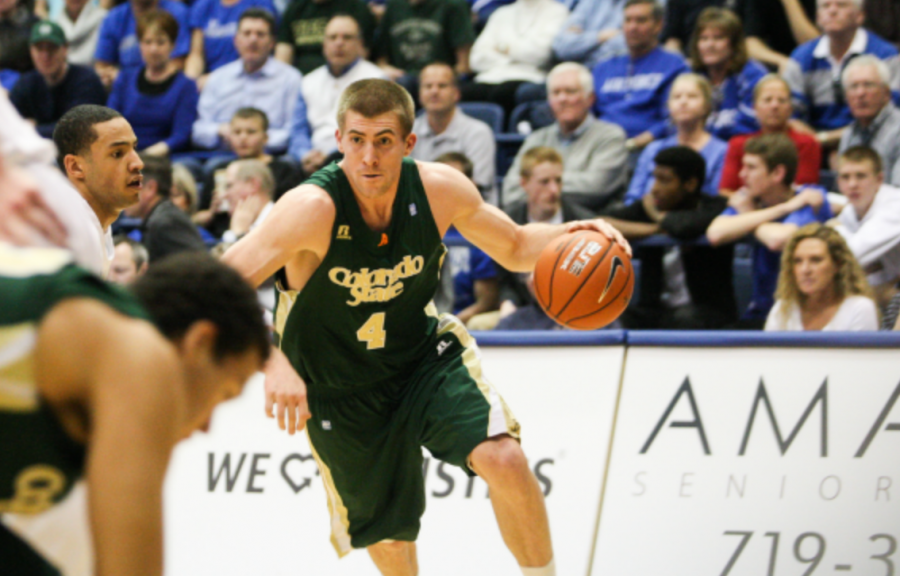 Not even the greatest individual performance in the history of Clune Arena could stop the CSU basketball team’s six game winning streak.

The key to CSU’s success was that, unlike Air Force, it didn’t rely on one player to pull the weight of the team. Instead the Rams presented a balanced threat, all five of their starters scoring double figures, opposed to the Falcons’ two.

“We’re becoming a better team overall,” senior forward Pierce Hornung said. “When you do those things you put yourself in a good position to win at home or on the road.”

The atmosphere inside Clune Arena for Saturday’s game at Air Force possessed a striking resemblance to Moby’s environment when hosting San Diego State, as CSU played in front of a sell out crowd for its second consecutive game.

“I love these environments. I just thought it was a fun game and that’s what it’s all about, it went down to the wire,” CSU coach Larry Eustachy said. “It took a special effort and a special game by us to beat a team that’s probably playing as well as anybody in the conference.”

The play between the MW rivals was close and tense, the Falcons made it clear early that they were seeking revenge from the 79-40 loss they experienced when visiting Moby on Jan. 16.

“We were definitely embarrassed by the first match up. We didn’t play within ourselves at all, it wasn’t us as a team. We knew when they came down here we’d be fine and we were gonna make it a game,” Air Force guard Todd Fletcher said.

The Rams out-rebounded the Falcons 21-5 in the first half, giving them the lead going into the locker room. CSU also pulled down 11 offensive boards, which lead to 18 second chance points.

“You can’t give a team that’s that good and that experienced that many second chance points,”Air Force coach Dave Pilipovich said.

Lyons kept Air Force in the game with his scoring outburst, particularly in the first half when he scored 25 of the Falcons’ 40 points.

“Games like this don’t come very often for many people,” Lyons said. “In the first half I hit a couple shots in a row and that got me going. I rode that wave the whole game.”

The Rams went on to lead by 10 two separate times in the second half, but a late game run from Air Force had the Falcons in the game until senior guard Wes Eikmeier drained a three-point shot to put CSU up by eight with 1:34 left to play.

“It was a really big turning point in the game,” Eikmeier said. “That’s what our team has shown all year long, we have a number of guys who can step up and make a big play.”

Saturday’s game handed Air Force its first conference loss at Clune Arena, where the Falcons have been nearly flawless this season, falling to a 15-9, 6-5 MW record. CSU picks up its sixth straight win, now representing a 21-4, 8-2 MW record, one step closer to MW leading New Mexico.

“We don’t like letting teams come in here and beat us, but they’re a great team,” Fletcher said. “They’re nationally ranked and there’s a reason for it.”