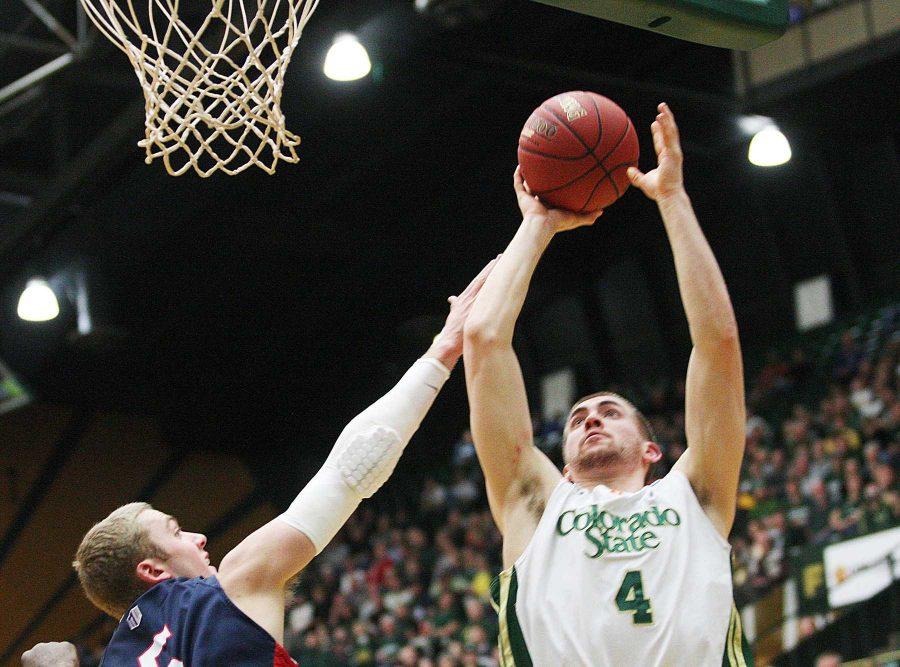 After experiencing two losses last week that were tough for the CSU men’s basketball team to swallow, the Rams were ready to turn things around.

Luckily for CSU, it found exactly what it was looking for, grabbing a much needed 74-67 victory over Fresno State at home Wednesday night.

“The sky is not falling for Colorado State. We lost to two tough teams,” CSU coach Larry Eustachy said. “We’re a good team, we just don’t have any margin for error and that team was tough.”

The Rams took to their home court in front of a crowd that wasn’t sold out, for the first time since Jan. 30. The noise level through the first half was nowhere near where it was in Moby during the last three games.

Although they came into the game at the bottom of the MW, the Bulldogs presented an early threat to CSU. Fresno State posted an impressive 64 percent shooting from the field in the first half, and guard Kevin Olekaibe hit all five of his shots behind the arch to give him 15 first half points.

“Anytime you see that ball go through the basket I think it’s a great sign for him, especially early in the game,” Fresno State coach Rodney Terry said. “We got him going.”

The turning point of the game came midway through the second half when redshirt sophomore Jon Octeus stole the ball from Olekaibe’s hands and rushed it to the other end of the court, finishing the fast break with a dunk that had the fans in Moby standing on their feet for the first time in the game.

“That was a huge play, it was a clutch part of the game and he came up big,” senior forward Colton Iverson said. “Offensively, he had two dunks that were huge in the second half and his defense was probably the biggest part of the night for us winning this game.”

CSU had only a three-point edge over Fresno State going into the locker room, up 37-34 at halftime.

However, coming back from the break the Rams were able to shut down Fresno State’s key ingredient, allowing Olekaibe to only get one more shot in for the remainder of the game.

“Obviously we’ve struggled to stop guys like that,” Eustachy said. “It didn’t take a genius to see that he hit the first five of all three’s, so we went to what we call a ‘no-catch’ where we just face guarded him.”

“Not only Jon (Octeus), but if you noticed Daniel (Bejarano), we kind of rotated them on him and they did a good job of frustrating him,” Eustachy said.

The Rams never gave up the lead they took into the halftime break, matching their 37-34 point scoring edge over the Bulldogs in the second half.

The Rams will travel to Boise State on Saturday to take on the Broncos, who are currently sitting sixth in the conference.

“They know where we’re going and who we’re playing next,” Eustachy said. “I kind of like to think I that I know what I’m talking about since any scenario you want to throw out, I’ve been through. It was important and we found a way to win.”