CSU loses 3-0 to Purdue in NCAA tournament first round 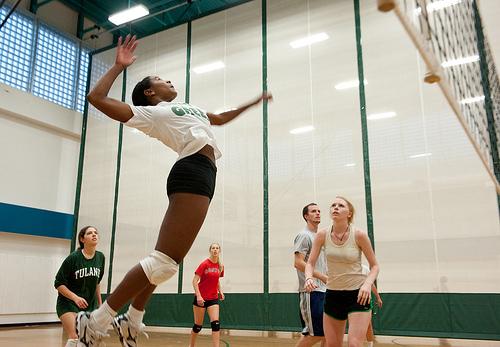 CSU entered the 2012 NCAA volleyball tournament with all of the momentum in the world, but couldn’t find its footing in a 3-0 opening round loss to No. 22 Purdue in Tallahassee Saturday.

The Rams hit .149 in the match, their lowest output since hitting .143 in a September loss to New Mexico. They were averaging a .266 hitting percentage entering the match.

“It was really hard to find our rhythm, they knew what to do to disrupt us and did it well,” senior outside hitter Dana Cranston said.

CSU didn’t help itself from the service line, committing 13 service errors to only three aces. Coach Tom Hilbert instructed his team to serve more aggressively than normal before the match, which ultimately accounted for the missed serves.

“We were trying to do something from the serving line that we probably didn’t need to do,” he said. “When we served our normal serves we were still disrupting Purdue. I made a mistake as a coach.”

Senior Megan Plourde was the only CSU player that made a solid impact offensively, hitting .236 with eight kills.

“They were sticking in every play, playing really tough defense. We weren’t able to finish the rallies off,” senior middle blocker Megan Plourde said.

The Boilermakers used extended point runs in every set to take leads that CSU could not overcome. The Rams trailed by at least four points in every set and failed to rally due to their service errors.

Purdue senior Ariel Turner had 13 kills to lead the match, but the Boilermakers’ role players punished CSU for focusing its defense on her.

“We did okay on [Turner] but sacrificed everybody else,” Hilbert said. “We hit blocking assignments but their athletes were good enough to still go by us. They extended rallies with defense and the longer the rallies went the more we got disorganized.”

Purdue upset No. 12 Florida State in the second round to advance to the Sweet 16 in West Lafayette, Indiana on its home floor.

The Rams finished the season 21-8 while winning their fourth straight Mountain West championship and advancing to the NCAA tournament for the 18th consecutive year.