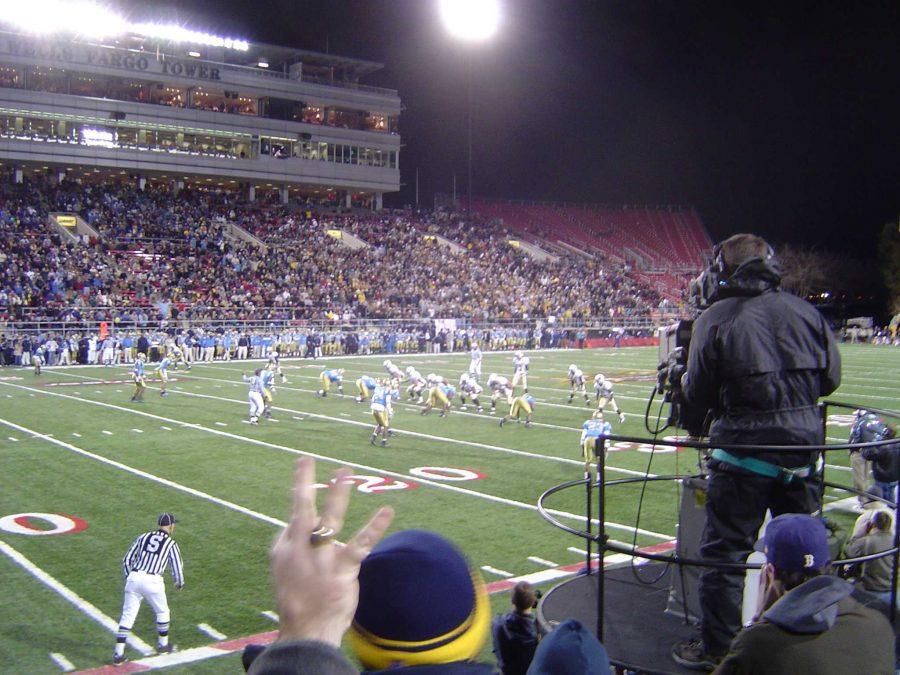 If you’re only going to win a couple games in an entire season, at least get the one that matters most.

The hated, 113 year-old rivalry between CSU and Wyoming is too important, for the pride of the school, to fall short on.

Jim McElwain has experienced his share of struggles with his “Bold New Era” this season, but he still could have won the hearts of the CSU community by returning to Fort Collins with the Bronze Boot.

Instead, he let the University of Wyoming add CSU to their short list of wins this season, now totaling all of two in the nine games they have played.

The thing that bothered me most about Saturday’s loss was McElwain’s inability to make up his mind about who he wanted to be leading his team.

He pulled Conner Smith out of the game after he threw a pick six that went nearly the entire length of the football field, replacing him with Garrett Grayson.

I realize that this was a huge turning point in the game that took wind out of CSU’s sails, but I don’t think it was excusable enough to put the freshman on the bench after asking him to start a Division I football game.

Unfortunately, it wouldn’t be McElwain’s only stint with usure feelings Saturday.

After Grayson gave up an interception and completed only 33 percent of his pases, coach Mac had a change of heart again and put Smith back in under center.

If you’re going to shift gears like that, at least stick to one and run with it. This indecisiveness makes it seem like he might not have the best faith in his team, something that will undoubtedly end negatively.

Steve Fairchild won the Bronze Boot only once during his time as CSU football’s head coach, and look where that got him — fired after four seasons.

No matter how bad your final record is at the end of November, if you walk away with the ‘W’ from ‘WYO’ it won’t be the end of the world.

But we let the Bronze Boot travel to Laramie in 2009 and hasn’t crossed back across the state line since.

I could care less about that Ram-Falcon trophy or a Centennial Cup, but I actually do mind losing bragging rights to our neighbors to the north.

The Rams and Cowboys were equally terrible with only three victories combined going into Saturday’s football game, so it ultimately came down to who wanted it more, and this weekend proved that Wyoming cares more about the rivalry than CSU.

Getting defeated in the Border War is hard enough, but it makes it even more difficult to cope with when the Cowboys are singing “Hey hey hey, goodbye,” as you get on the bus to ride 65 miles home in complete silence.