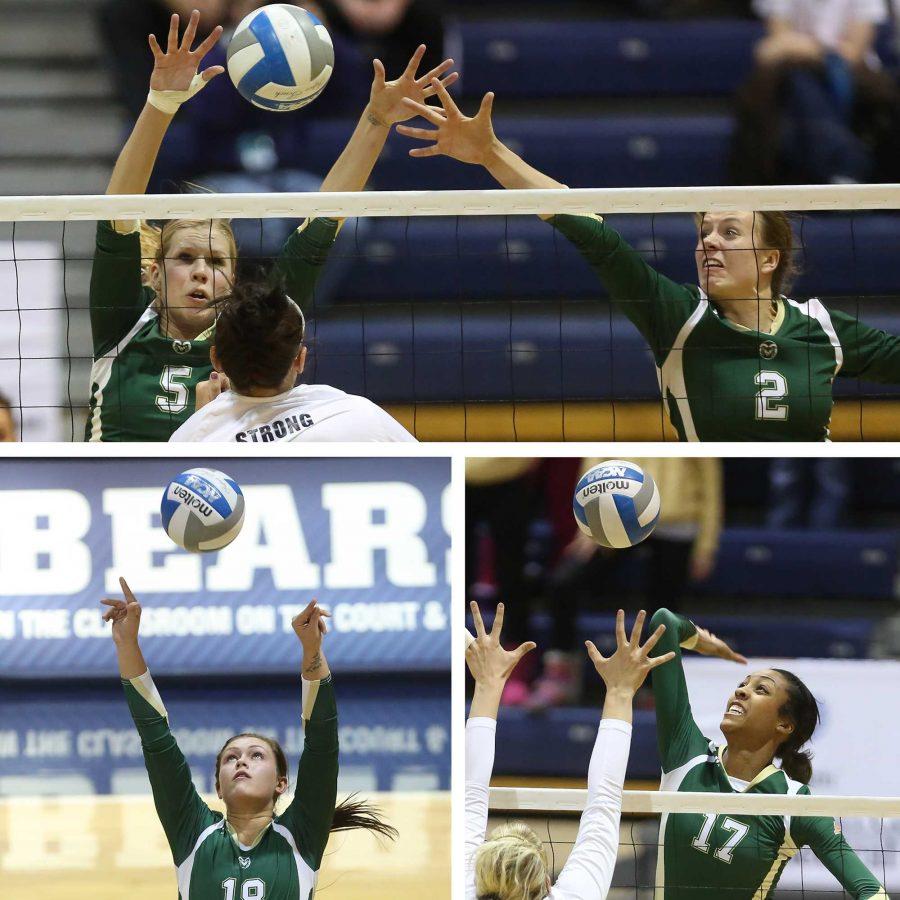 Living up to expectations is never easy, but the CSU volleyball team has a habit of maintaining excellence.

Four CSU players were named to the All-Mountain West team, and senior Dana Cranston was chosen as the 2012 Mountain West Volleyball Player of the Year.

She moved from the opposite hitting position to outside hitter and shouldered much of the Rams’ offensive load.

“It was definitely a learning experience during the season. I think I took on too much of that mentally instead of leading by example,” Cranston said. “The way the season went taught me a lot more than it would have if i would have just stepped into the right shoes right away.”

Cranston was also named preseason Mountain West Player of the Year, and became the first player to win both awards since CSU player Danielle Minch in 2010.

It is the first selection for Foss, while Paige and Cranston appeared on the 2011 All-MW team, and Plourde has been named all-conference all four years in her career.

Plourde becomes the second player in MW history to appear on four all-conference teams, and the fourth CSU player to be named all conference in all four years of her career.

“It’s consistency. She has never been a high-error player; she’s always played very smart,” CSU coach Tom Hilbert said. “As her career has gone on, she’s become the player people have focused on, and she still managed to continually be good.”

Of CSU’s four all-conference selections, three were named to the preseason all conference team, and lived up to that billing.

“It shows that they took the year very seriously. They know they have to prove that on the court,” Hilbert said. “It’s a lot harder when you’ve got a target on your back and everyone knows who you are and what you’re expected to do, and I’m very proud of them for that.”