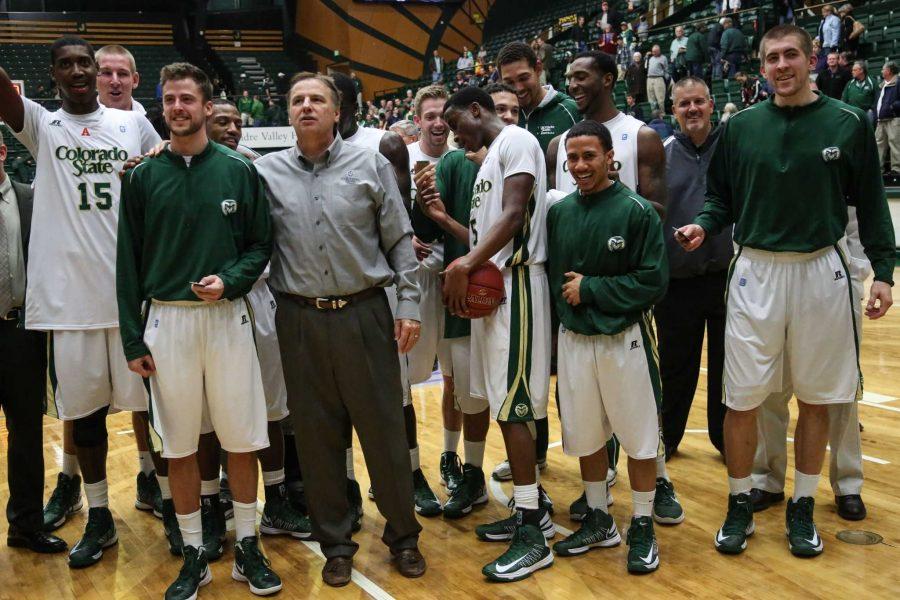 Balanced scoring and timely three-point shooting propelled the CSU basketball team to its best start since 2005 after defeating Washington 73-55 Saturday night in Seattle.

The Rams made 6-0f-10 shots from behind the arc in the second half, after shooting 25 percent in the first frame.

CSU took its biggest lead of the game 69-49 with 2:27 remaining after sophomore Daniel Bejarano stole the Huskies’ inbound pass and drained a long three-pointer that sent Washington fans for the door.

“We really challenged them, and said we could finally turn the corner with an attitude that we know what it takes to win; and that’s stop after stop,” CSU coach Larry Eustachy said.

CSU held Washington scoreless for more than five minutes, until the Huskies finally broke the run with a free throw by senior center Aziz N’Diaye at 12:06.

Seniors Greg Smith and Dorian Green keyed the run, combining for 12 of the 15 points on 5-0f-5 shooting.

“They made a run, and we didn’t rally up. And that’s my job,” Washington senior guard and captain Abdul Gaddy said.

CSU dominated the boards by out-rebounding the Huskies 45-21, including a 24-7 edge on the offensive glass. This led to a 22-8 edge in second chance points for the Rams.

“The number one key was going to be rebounding,” Washington coach Lorenzo Romar said, “And we failed miserably in that area.”

Senior Colton Iverson lead the team with 12 rebounds to go along with 13 points for his second consecutive double-double.

N’Diaye had 8 rebounds for Washington, but no other Husky grabbed more than four.

Smith scored 15 points to lead CSU, and was one of four Rams in double digits.

“When we shoot like that we can hang with anybody,” Eustachy said. “I think we are an
exciting team. We are in the infant stages still but we are only going to get better.”

Washington guard C.J. Wilcox scored a career-high 28 points to lead the game, but took 25 attempts to get there.

Neither team shot the ball effectively from the free throw or three-point line in the first half, combining for four made free throws out of eight and four made threes out of 17.

CSU avoided the slow start that plagued it earlier in the season against Montana and Denver, opening up an early 4-2 lead and never falling behind by more than five in the first half.

“This is a different team than last year,” Eustachy said. “It’s just a stronger team depth wise. We have been good on the road so far with these guys.”

The Rams will look for their fifth straight win Monday at Moby Arena against Northern Colorado at 7 p.m.