Q and A with CSU football coach Jim McElwain 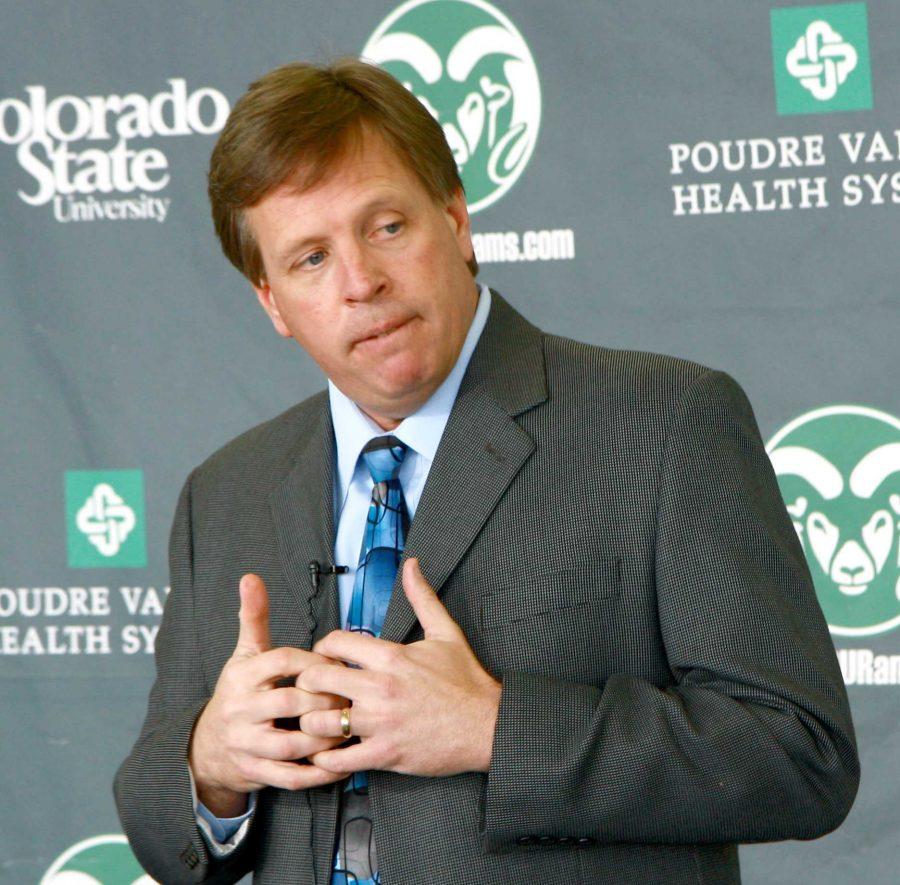 Coach McElwain talks about the upcoming recruits at a press conference in February. McElwain is holding a meeting for players interested in walking on the football team.

Cris Tiller: What would you say to a fan who’s lost faith in this team, in this program?

Jim McElwain: I understand the heartache and I understand the results. We will have results and we will get the people back and I’m really excited to see that happen. It’s going to take some time and I knew that coming in, so the expectation of the instant wins, I could have told you looking at the roster that we were going to be a ways away, but at the same time I also knew we were building something special.

CT: How much different or harder is it being a head coach than you thought coming into the job?

JM: I would say the time commitment, other than the football itself, is probably the biggest adjustment and all the different people that want a little bit of your time. Yet, I also know that’s part of the job, so you just deal with it.

CT: The season obviously isn’t going the way you’d like. How hard is it to rebuild a program?

JM: Well one of the things is trying to change the mindset and the culture is hard especially when habits have already been formed in some areas, so trying to erase those habits while building it is the exciting part. Getting other parts in here to help and that’s really the exciting part.

JM: You know the expectations part, I expect it out of myself, so I wouldn’t expect anything less from anybody else to have those same thought. It’s disappointing where we’re at, but I also see what we’re building and the foundation that’s being laid, so the exciting thing is being able to put our finger prints all over that and create something that these fans deserve to be excited about.

CT: Alabama is once again a favorite to win a national championship, is there any part of you that wishes you would have stayed?

JM: Look, that’s a well-oiled machine, and yet building a piece of that organization out west to Colorado State, that’s what’s exciting.

CT: The results on the field aren’t going the way you’d like, but you talk about bettering your players as people, do you feel this mission is successful?