CSU football salvages a win against Hawai’i despite sloppy play 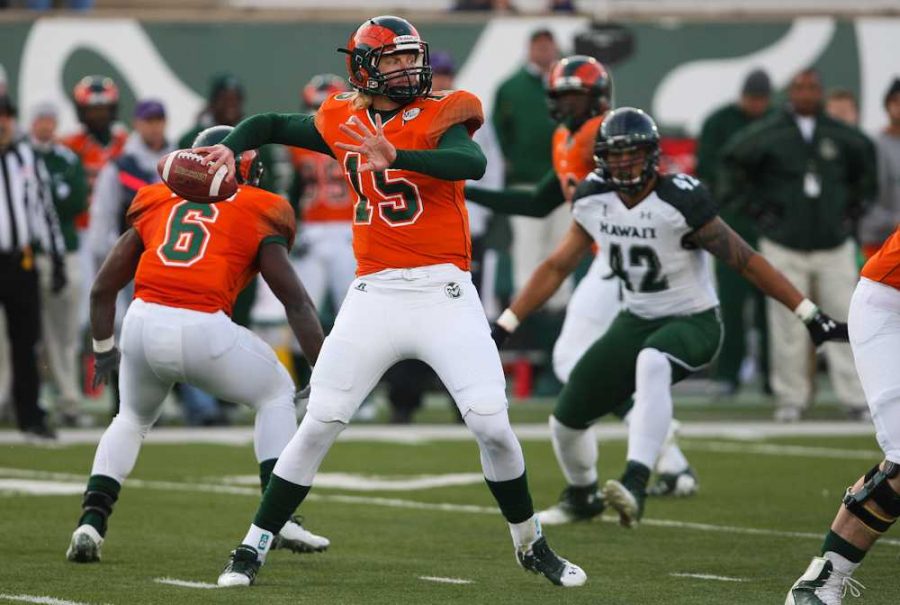 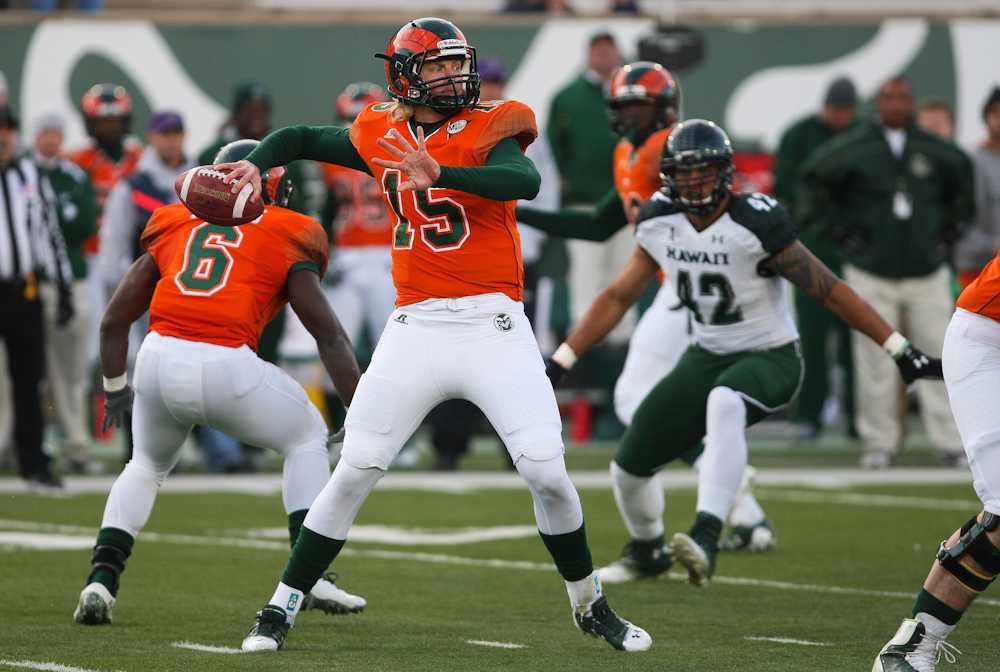 The CSU football team managed to put together a win for the first time in seven weeks Saturday against Hawai’i, but many problems for the Rams still linger on the field.

Some positive signs beamed through the shaky win, like Chris Nwoke’s 115-yard rushing performance, though the Rams still managed to repeatedly commit costly mistakes, including Nwoke’s two fumbles in the game.

The first of the fumbles came on just the second offensive play for the Rams, when Nwoke coughed the ball up at the Rams’ 12-yard line and Hawai’i linebacker Jerrol Garcia-Williams snatched the ball and took it into the end zone for the game’s first touchdown.

“You can’t play the game if you put it on the ground,” CSU coach Jim McElwain said. “We gave them their first touchdown like we have a couple other times by putting the ball on the ground.”

In addition to Nwoke’s two fumbles, running back Tommey Morris added one fumble and third-string quarterback Conner Smith, who was making his first start since high school, threw two interceptions.

“Me and Tommey, we do our running, and that’s something we both have to work on, holding on to that rock,” Nwoke said. “It’s unfortunate and it came at a critical moment.”

But despite the turnovers, CSU was able to hold on to the game largely due to the inability of the Hawai’i offense to capitalize on all the Rams’ mistakes.

After being set up with field position on the CSU side of the field four consecutive times in the third quarter, due to three turnovers and a blocked punt, the Warriors put just six points on the board.

“It was awful. It was terrible,” Hawai’i coach Norm Chow said of his team’s inability to capitalize on the turnovers. “That’s what cost us the ball game…Our defense really stood up and played and we didn’t take advantage of it offensively.”

While the Rams played sloppy, Hawai’i had its share of mistakes as well. The Warriors committed five turnovers in the game, the most critical one coming at the end of the game.

While trailing by 35-27 and driving down the field, Hawai’i quarterback Sean Schroeder threw an interception to CSU defensive back Jasen Oden, who returned the ball 40 yards for a touchdown and sealed the victory for the Rams.

“This one hurts a lot,” Hawai’i wide receiver Billy Ray Strutzmann said. “Being in it the whole game and then giving it away at the end. We had a lot of opportunities that we let down, and it just got away from us.”

The Rams hope the win will give them momentum heading into their game with rival Wyoming, which CSU plays Saturday afternoon on the road.

“The win was good for our team,” CSU linebacker Shaquil Barrett said. “It boosted our confidence, and when we go to Wyoming we’re going to be on the high horse, and we’re going to try to not let anyone knock us off of it.”