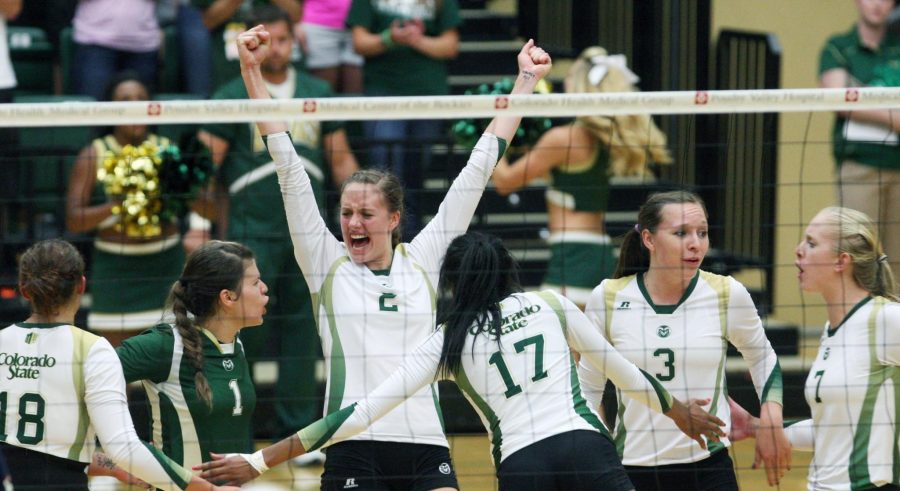 There has been a big pastel blue elephant in Tom Hilbert’s closet since June.

He’ll finally get to face it on the court Saturday when defending champion No. 2 UCLA visits Moby for a showdown with the CSU volleyball team.

“As we’ve always learned, we get people in Moby, we play at the top of our game, we have a chance to beat anyone in the country,” Hilbert said.

UCLA is 7-1 this season with its only loss coming in the team’s opening tournament at current No. 1 Nebraska, winning on the home court of then No. 6 Hawaii in the process.

“They have great outside hitting in all three spots, and they are an incredibly good passing team,” Hilbert said. “They’re able to play an extremely fast tempo and they’re very physical.”

“We haven’t had to be great because we’ve had physical advantages,” UCLA coach Michael Sealey said. “We won’t have that against CSU. They’re a big, talented team”

The Rams have a similar level of respect for UCLA, but won’t blink when put face to face with one of the nation’s most dominant programs.

“We’re not intimidated by their athleticism,” Hilbert said.

CSU has fed off of the competitive practices they had last week in conjunction with its victory in the 2012 Rams Volleyball Classic to push each other further this week.

“We definitely have a new focus. We’re working on the small things we need to get better at,” Paige said. “Passers are working on serve-receive, hitters and Deedra are working on getting up fast. We’re all really there and we want it so bad.”

A victory against UCLA would be the highest ranked team CSU has ever taken down in Moby, but the team doesn’t need to be reminded of the stakes.

“That is not a necessarily thing to get my team focused. They know who this is,” Hilbert said.

The Rams defeated UCLA in the team’s previous meeting in the NACWAA invitational in Gainesville, Fla., the first time CSU defeated a No.1 team in any sport.

Hilbert insists, however, that Saturday’s match isn’t about winning or losing.

“This match is a win-win for us. It’s about going out and having a great experience for our team, for our fans,” he said.

Part of that experience, however, could be storming the court after one of CSU’s signature wins in any sport in 2012.

“This is a once in a lifetime opportunity for CSU to get to play a No. 2 ranked team,” senior middle blocker Megan Plourde said. “We’re going to have Moby madness, and I feel like it’s going to be the place to be to get the environment going, so maybe we can intimidate UCLA a little bit.”