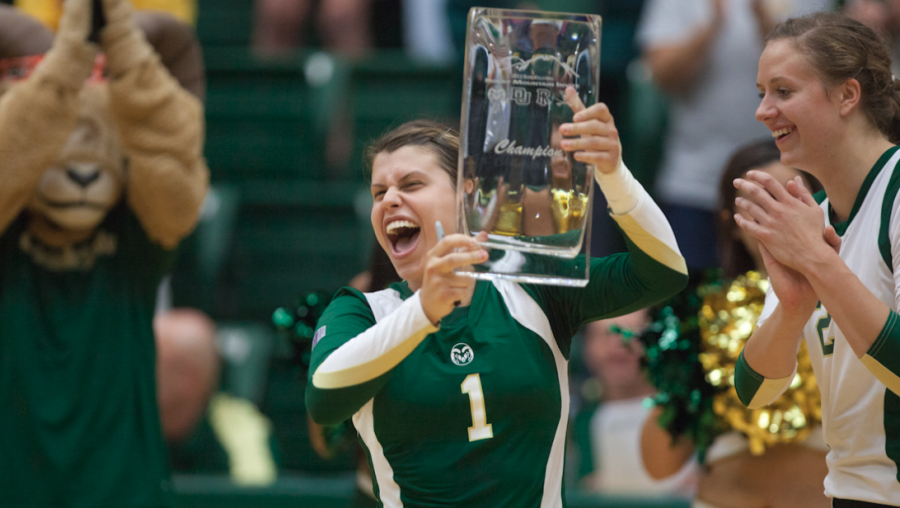 This was only the third time CSU held that great of defense since 2007.

“This tournament helped us see some things and we accomplished what we needed to accomplish, we got three wins out of it, which we should have gotten, and we identified some things we need to get better at,” Head Coach Tom Hilbert said.

CSU started with 8 points before Rhode Island scored, directly after calling their first time out.

Rhode Island had a hard time keeping the ball in-bounds, while CSU kept close to the net.

CSU was at set point when Rhode Island only had 8 points.

The second set, Rhode Island scored first for its only lead for the game.

“The second set where we had 8 errors was the worst in all nine terms of error percentage, but three of those could be attributed to one girl in a weird stretch.” Hilbert said.

“I had pretty poor error management in the first game which isn’t usually how I play so I think I really focused on that a lot these last two games and I took swings to kill when I saw the opportunity,” Cranston said.

“We got to play some people tonight which was good,” Hilbert said. He admits he would have like to have played more of his players overall.

Rhode Island caught-up, putting the score at 13-11 in favor of CSU.

During the second set, Kaila Thomas went in for the first time since CSU played Boise State last season.

Rhode Island trailed 2-points behind CSU for much of the second set.

CSU broke out with a 23-18 lead and Rhode Island hit out of bounds for CSU’s set point.

Kaitlind Bestgen served for set point, making the first appearance of her career as a CSU Ram.

Rhode Island continued to hit out of bounds, though the two teams rallied, in the third set.

“I like that we’re playing with maturity, and we’re serving the ball tough. I think our serves received were good, they can probably be better, but we made some subtle adjustments in this match trying to improve the tempo of our offense,” Hilbert said.

The all-tournament team was announced, including Megan Ploudre, Cranston, and Foss

“After that first game Friday night, we all picked it up and showed how we can play how Colorado State volleyball plays, so overall I think we did really good and by the end of this tournament we were playing on a very high level,” Deedra Foss said.

“I think it shows that they have respect for the ultimate position in volleyball; the position I played. Deedra is very good.”

Volleyball Beat Reporter Julie Davis can be reached at sports@collegian.com.