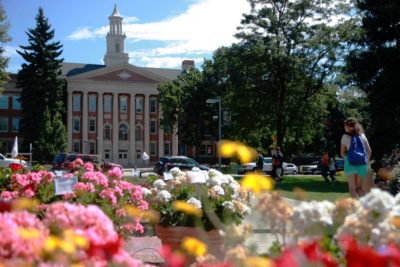 Get ready CSU; Yeezus is coming.

After months of trying to get someone who has an actual pop culture following to perform at CSU, the University of the Arts will host Kanye West in an organ concert series. The concert will be held at Kanye’s convenience.

The concert will feature new compositions from West as he broadens his skills to playing the organ. Some old favorites will be mixed in with the new, including “Gold Digger” and “Stronger.”

Plans have been made to host Kanye West’s wife, Kim Kardashian, who will join West on the stage to discuss her clothing line and her new book, “How to Make Money and Yet Have No Purpose in Society,” which is coming out this summer.

West has expressed his excitement for the new compositions and is looking forward to presenting old styles of music in a new way.

There is extremely limited seating, but to compensate, the UCA has plans to set up a projector on the track behind the building to allow for more students to see the concert.

West plans to stay in Braiden Hall for the duration of his time at CSU in order to connect with the University.

Editor’s note: This is a satire piece from the opinion section of the Collegian. Real names may be used in fictitious/semi-fictitious ways. Those who do not like reading editor’s notes are subject to being offended.