Lindberg: Your assumptions about ADHD are harmful 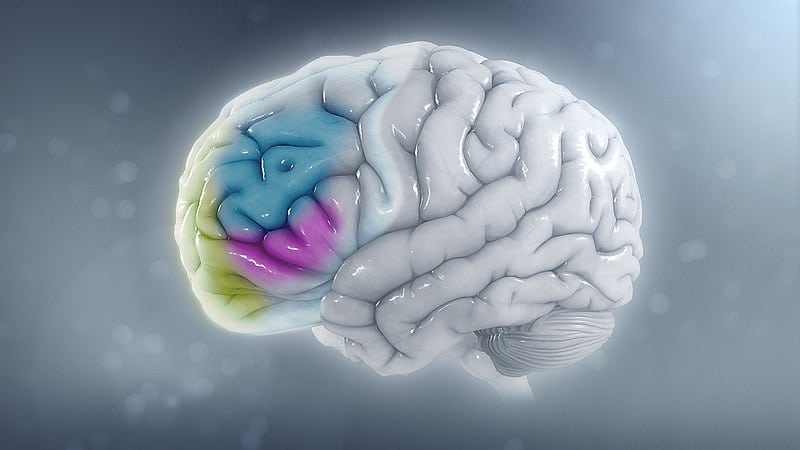 ADHD portion of the brain. (photo courtesy of Wikimedia Commons)

Editor’s Note: Some people quoted in this article are anonymous for privacy concerns.

Unless you or a loved one have been diagnosed, you likely have a narrow and negative perception of attention-deficit/hyperactivity disorder, commonly known as ADHD. One often thinks of a hyperactive child or that the disorder is overdiagnosed.

While study and debate continue on the issue of overdiagnosis, the resulting assumptions are often applied to all ADHD patients, who often encounter doubtful reactions to their diagnosis. This increases the already difficult task they face of learning to manage their symptoms.

ADHD is a complicated mental health issue. Instead of a narrow stereotype, think of the symptoms on a spectrum, ranging from mild to severe and falling under inattentive or hyperactive-impulsive type. A patient can exhibit a majority from either category or a mixture of both.

Unlike hyperactive-impulsive symptoms, Inattentive symptoms are quiet and often masked by compensative behavior. This further blurs the line between “normal” behavior and possible ADHD symptoms. Inattentive types with symptoms that persist into adulthood often don’t know that they can seek support for these parts of their personality.

G, a graduate student in the chemistry department who asked to remain anonymous, was diagnosed after starting graduate school. G sought help after having significant trouble getting work done in a reasonable amount of time, but he said he can see how his symptoms have manifested since a young age.

“I was pretty nervous and I felt awkward. I didn’t know if it was even reasonable, if I was just being a baby, (or) if I just needed to suck it up.”

“I was pretty nervous and I felt awkward,” G said. “I didn’t know if it was even reasonable or if I was just being a baby, (or) if I just needed to suck it up.”

As we chatted, I found that his story resonated with mine. I was astonished when my counselor asked, “Have you ever considered that you might have ADHD?”

Until recently, G and I assumed our struggle with focus, organization and time management was simply laziness, but scientific understanding of ADHD has evolved significantly that it is now considered to be closely linked to executive functions, abilities which allow a person to self-regulate and pursue goals. These functions include skills that ADHD patients lack like self-motivation, planning, problem-solving and working memory.

G and I have experienced significant improvement since seeking psychiatric support.

“I find that my stress levels have gone down,” G said. “I’m not constantly focusing or self-doubting or self-bashing. I would say that it’s comparable to getting glasses for the first time.”

Our symptoms won’t go away, but we have support as we learn to handle them, and we consider our diagnoses to be positive life-changing things.

But we both hesitate to talk about it.

“My defense mechanism takes into play surrounding that and that just results in me closing off,” G said. “I’m not going to lie about it, but I’m not going to openly give that information away.”

I agreed, knowing all too well how the average person chooses to respond to the topic.

“Everyone thinks they have ADHD nowadays,” G said.

ADHD contributes uniquely to each individual patient’s life and personality, so it makes sense that the subject might arise when connecting with others. But it does not define the patient, and it does not mean they expect special treatment.

ADHD is often handled very casually in popular culture, which is why there are many inaccurate assumptions made around the condition. Remember that if someone opens up about their mental health, they are trusting you with very personal information. Forget those assumptions and keep an open mind because chances are your friend simply wants you to understand.

Don’t let your assumptions keep you from understanding yourself better, either.

“Even if you think that maybe you’re just lazy, it’s worthwhile to go and talk to someone about that. Self-diagnosis is never going to be the truth,” G said.

It doesn’t matter what you struggle with — it’s okay to seek support and ask questions.

Collegian Opinion Columnist Katie Lindberg can be reached at letters@collegian.com or Twitter at @quantiumCatnip