Stella: Let’s take a look back at the Joyce McConnell years 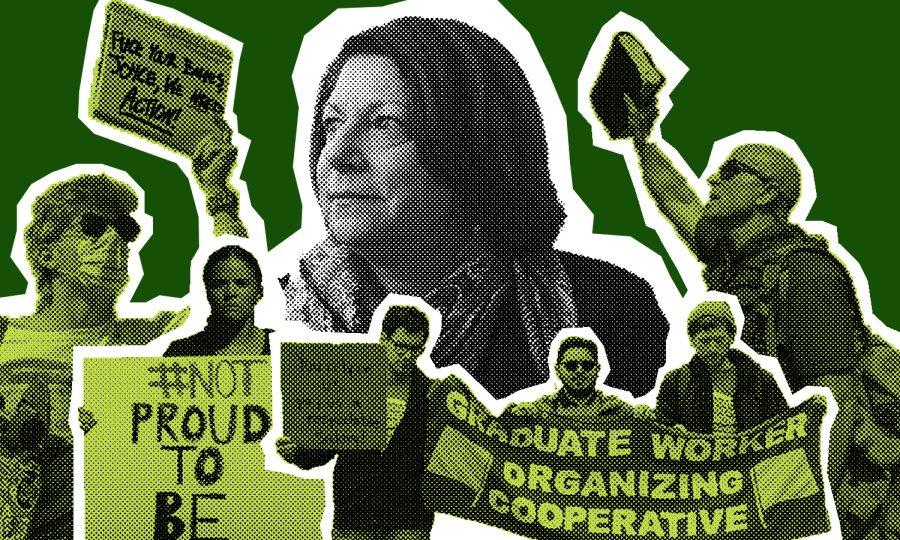 Joyce McConnell’s tenure as president of Colorado State University was historic from the moment she was hired. McConnell was the first woman hired as president in the university’s 152-year-long history.

Although McConnell’s time at CSU was short — she only served from 2019-22 — she oversaw one of the most tumultuous eras in Colorado State history. Within a year of becoming president, McConnell had to lead the university through the COVID-19 pandemic.

While three years is a considerably short amount of time to enact sustainable change, McConnell was able to manage that, and with her departure on June 30, she left CSU arguably better than she found it.

McConnell has an impressive educational background that started at The Evergreen State College, where she received her undergraduate degree in 1979. She then went on to graduate from Antioch School of Law in 1982.

After a short time with the National Labor Relations Board, McConnell became a graduate teaching fellow at Georgetown University and earned a Master of Laws. McConnell taught at the City University of New York School of Law, the University of Maryland Francis King Carey School of Law and West Virginia University, where she later served as associate dean for academic affairs for a number of years.

At WVU, McConnell sparked change and innovation in a similar way that she did at CSU. She created the WVU IDEA Hub, expanded the WVU Energy Institute and added WVU’s LGBTQ+ Center, according to her LinkedIn and curriculum vitae.

To add to her already impressive resume, McConnell was named the 15th president of Colorado State University in 2019.

McConnell’s leadership during the COVID-19 pandemic saw CSU emerge as a leader in researching and combatting the virus. At a time when most universities struggled to keep classes open and prevent the spread, CSU was forging on.

“I think she did an extremely good job during the COVID-19 virus making sure that we got the most out of our education and schooling here,” said Brodie Sparrow, a junior at CSU. “She kept a balance of being able to have fun while keeping the students and faculty of this institution safe.”

McConnell ended her time at CSU with the Courageous Strategic Transformation, a plan that guides CSU as an institution through 2026, Colorado’s 150-year statehood anniversary. It is a shame McConnell will no longer be around to implement the CST.
“McConnell set a high bar as the president of Colorado State. There is a lot of pressure to pick the right candidate to fill her position. How does a university pick a new president after their last hire was a historic one?”
While McConnell was a stalwart leader at CSU, there were definitely blemishes during her tenure that cannot be ignored.

Within the first year of McConnell being hired as president, four CSU students were involved in a blackface incident, and a number of antisemitic incidents were reported. McConnell and other CSU leadership faced backlash from not only the student population but the Colorado community as a whole. Reports of bias were up significantly in fall 2019.

McConnell and CSU leadership said they could not punish the students in most of these cases because their actions were protected by the First Amendment.

McConnell certainly should have responded with firm action that would’ve sent a message to students of color that the university was there to protect them, but unfortunately, she did not.

Joyce McConnell was an excellent representative of CSU, and it is disappointing the CSU System Board of Governors, in mutual agreement with McConnell, decided her time at CSU would come to an end.

McConnell’s departure was unexpected, and it is not fair to the university community to not know why she departed. The start of the academic year is one of the most important times of the year for our university, and while Rick Miranda is doing a fine job as interim president, not having a true leader is to the detriment of the university and the Fort Collins community.

As the search for CSU’s next president gets underway, the university is taking the right steps in asking the community to provide input on what qualities they want the next president to have.

McConnell set a high bar as the president of Colorado State. There is a lot of pressure to pick the right candidate to fill her position. How does a university pick a new president after their last hire was a historic one?