Gross: Partying in college is fun but not integral to your experience 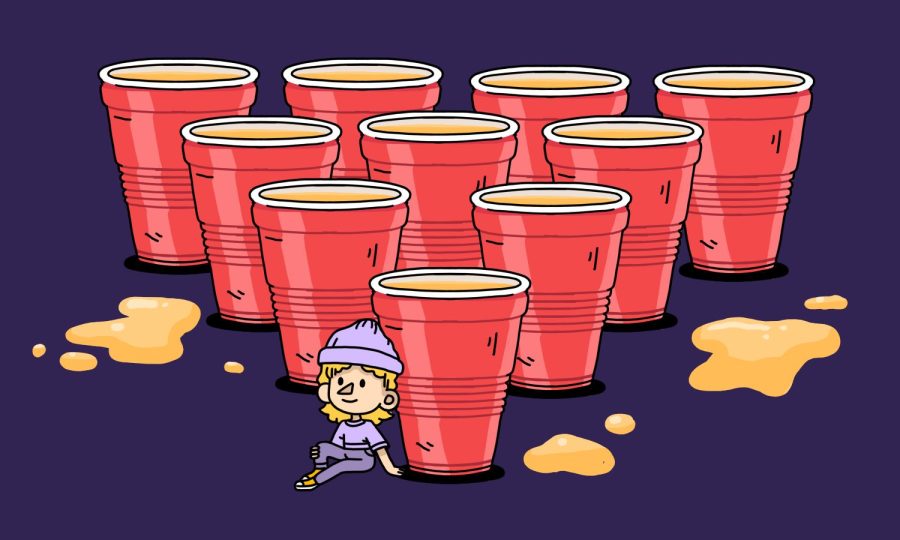 The first few weeks at college are exciting, especially for first-year students. Meeting new friends, attending the first of many lectures and learning the ins and outs of Fort Collins are a few of many things new Colorado State University students can look forward to.

CSU isn’t necessarily known as a party school, but that doesn’t mean there aren’t any parties. Niche rated CSU as the third top party school in Colorado, and with an undergraduate enrollment of over 25,000 students, it’s almost inevitable you’ll come across partying.

A survey by Niznik Behavioral Health found that for roughly 27% of students, partying played a part in their college decision. For some others, partying is the last way they would want to spend their weekends, but they feel like they have to conform to party culture. It’s what you’re supposed to do in college, right?

Not really. Partying is common, but it’s not the only way to have fun while at CSU. There are football games and basketball games, where it might be more fun to watch a winning team. Old Town — full of fun shops, boutiques, restaurants and events — is just north of campus. Attending a dorm party pales in comparison to seeing a concert at Aggie Theatre.
“Getting drunk doesn’t mean you’re automatically going to have fun; it means you’re going to be drunk.”
Greek life is another significant aspect of the CSU party scene, with 56 recognized chapters of fraternities and sororities. There are many reasons to rush or not rush and become involved with Greek life, and a common consideration is parties.

Frat parties are fun for some people, but they’re not for everyone. Just like with an average party, anything can happen at a frat party, and some find that uncertainty daunting. There is no reason to fear frat parties — or Greek life itself — but there are genuine concerns that come with them. Steering clear of frat parties could make some students feel safer.

Even without the stigma of frat parties, large parties in general aren’t everyone’s idea of fun. Parties are a place where alcohol is accessible and often integral, and not every college student is prepared to drink safely.

In a 2019 Youth Risk Behavior Survey, a little less than one-third of high schoolers reported they consumed alcohol in the last 30 days, and that number jumps to 80% of college students reporting they drink, according to the American Addiction Centers.

It’s a very sudden change between seeing drinking as something adults do and seeing it as something your peers do. The change is sometimes abrupt, and not everyone wants to make that leap.

Making the choice to drink comes with a lot of very real concerns, like saying something stupid and wicked hangovers. There’s also alcohol poisoning, but that doesn’t seem to stop college students from binge drinking.

This is not to say drinking is bad or that we should go back to Prohibition days, but many students get roped into drinking without thinking about whether they actually want to. Getting drunk doesn’t mean you’re automatically going to have fun; it means you’re going to be drunk.

Each student at CSU has their own path to graduation. For some, the path is paved with parties, ragers and going out. For others, the path means staying in. Both options are viable, and both can create a meaningful college experience.

Partying may seem like the thing to do in college, but in actuality, it’s just one of many things to do. Enjoying your time at CSU can involve partying, but it doesn’t have to. There’s no right way to experience college, so only focus on doing what you want to do — what feels right to you — and, of course, have fun.