The Rocky Mountain Collegian • May 4, 2022 • https://collegian.com/articles/opinion/2022/05/category-opinion-pasley-i-found-my-purpose-at-this-paper/

Pasley: I found my purpose at this paper 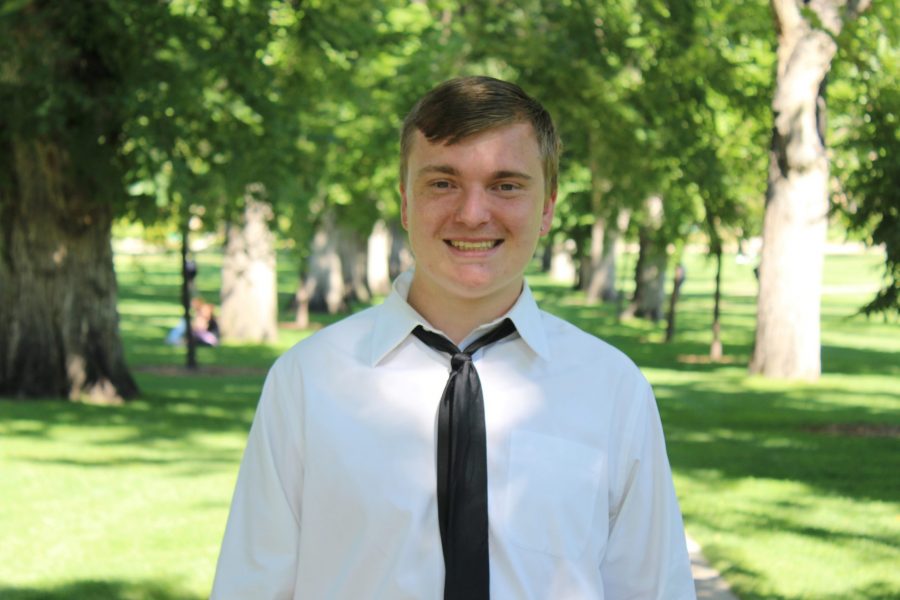 Well, it’s finally here. The end to one of the longest endeavors I’ve taken in my life, and the only consistency I’ve really had these last three years. As an 18-year-old stepping out of the nest to study creative writing at Colorado State University, I’m sure I would have been aghast at the idea of spending so many years working at a student newspaper.

I would’ve been appalled at the idea of reporting; a job that revolves so heavily around finding strangers and talking to them really didn’t mesh with the introverted, self-conscious person I was when I arrived at university. Nor would I have been happy to hear I’d be editing away at papers for the last two years of my college experience — after all, I came to CSU to create works of my own, not to pore over city council meetings, punk playlists and protest coverage.
“It was the biggest change I ever experienced, a home filled with radical compassion and a passion for uplifting others.”
None of that is to say my time here wasn’t worth it, of course. If anything, it’s to say the Noah of 2018 truly didn’t know himself, and to this day still wouldn’t if it hadn’t been for a little paper called The Collegian. Now a journalism major with a knack for rhetoric and theory, as well as a raging extrovert with great music taste, to boot, The Collegian has been a driving force behind my self-growth both personally and professionally. Above all, it’s instilled in me the power to be anything, constantly growing and never stuck to just one trade.

Of course, student media has been so many things for me, and all of them have shaped who I am now, and student media continues shaping the things I still will become. As a reporter, I found the chance to indulge my curiosity and explore the things I cared about, from birds to poetry to libraries. As breaking news assistant, I learned what it meant to serve a community, and as news editor, I learned what it takes to serve myself — to seek opportunity for myself and take an active role in pursuing my success.

I couldn’t have done it without the community. It was the biggest change I ever experienced, a home filled with radical compassion and a passion for uplifting others. I had friends in high school and in freshman year, but it wasn’t until The Collegian found me in fall 2019 that I was surrounded by peers who were so like me. In the many people I met through the paper, many of whom I’m happy to now call my closest friends, I found something magical: the support to seek my worth.

If it weren’t for this paper and these people, I couldn’t have become the things I am now. I never would have stepped into the role of arts & culture director were it not for my fellow editors who egged me on and encouraged me to seek better, and I wouldn’t have seen the potential in myself to be a leader and an editor if it wasn’t for the shove from journalism professors and advisers.

I’ve become very accustomed to reflecting lately as my senior year approaches its end, on the things I’ve done, the people I’ve met and the person I’ve become. I owe my confidence and capability to The Collegian, but beyond that, I owe my meaning to this paper. I would have spent so many years astray without its guiding hand and the giving and kind people who rooted for me when I was lost. Now that my time in this place has come to a close, I can’t help but grieve the loss of my home. But the paper, the people and the purpose they gave me — these things I will carry forever.

Noah Pasley was the news editor and can no longer be reached at news@collegian.com but can be reached on Twitter @PasleyNoah.