The Rocky Mountain Collegian • May 4, 2022 • https://collegian.com/articles/opinion/2022/05/category-opinion-leibee-my-heart-will-always-be-in-the-collegian/

Leibee: My heart will always be in The Collegian 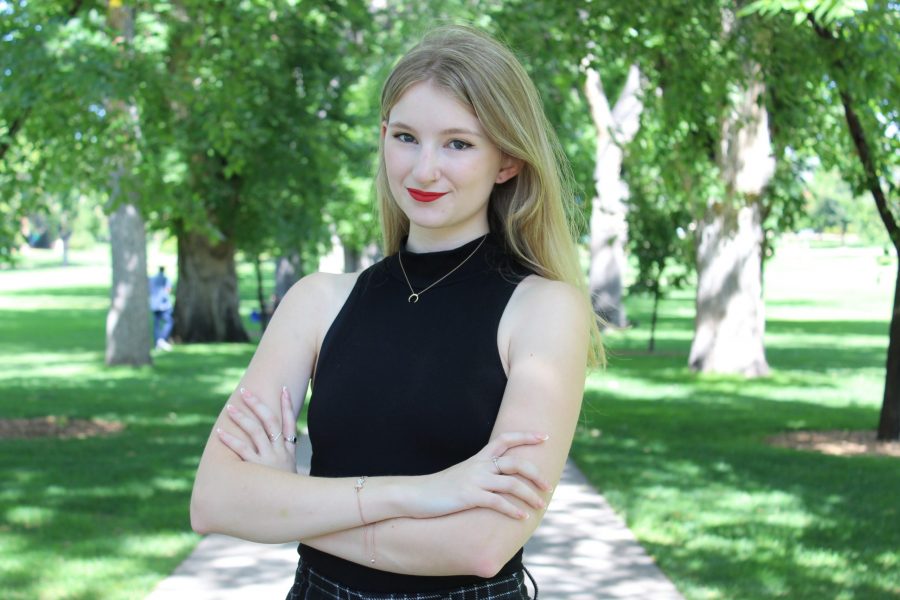 It was only about four years ago that I was sitting at a table in the newsroom as an opinion writer listening to my editor teach us all about AP style and writing proper arguments. I remember how small I felt then, too scared to barely say anything at our meetings, intimidated by my editor and the newsroom in general. Back then, I was probably the last person most people thought would ever become editor in chief.

The first thing I ever wrote for The Collegian was a column titled, “Leibee: CSU has gone too far with inclusive language.” I could have never expected the uproar it would bring to campus, the backlash and the support it would receive. I can still remember the day after it was published crying in my dorm, thinking if so many people hated this article and if it brought this much chaos to campus, there was no way I would be allowed to continue working at The Collegian. I later realized articles like that are exactly what The Collegian is for. It is meant to be the voice of students, even the students we don’t all agree with. Most people at The Collegian thought I was going to quit after that article, but the thought of quitting never even crossed my mind. I think it was then that a part of me knew I might one day lead this paper.
“Though I am sad to be leaving The Collegian, I leave knowing it gave me my passion.”
Even after that article, I was still quiet, shy and often afraid to speak my mind. I didn’t like being in the newsroom, and it took me a long time to get comfortable being in the news environment. It wasn’t until I became assistant opinion editor that I started to find my footing, and the other editors made me more comfortable truly embracing my role as a journalist.

Former editors like Jayla Hodge, Leta McWilliams and Abby Vander Graaff taught me everything I know about writing and editing, from pitching a story to finding good sources to fact-checking and AP style to being a good leader and teacher. Everything I know came from the editors before me who paved the way for me to be in the role I am.

When the time came for me to apply to be editor in chief, I knew what needed to be changed. The year leading up to it, I wrote down every thought I had about The Collegian in a notebook, many entries starting with, “If I were editor in chief I would …” Some may have thought taking big steps, like creating a cannabis desk, seemed a little out there, but I never did. All I ever wanted was to have the paper be about students and for students.

As editor in chief I was pushed to my limits sometimes. The student staff around me are passionate people, and my managing editors Serena Bettis and Devin Cornelius challenged me to be a better journalist and editor every day. The constant discussions, arguments and disagreements over every aspect of the paper were never bad things — they just meant we all cared.

Each one of my staff members truly shines in their roles. All of them carry a special talent for what they do, and I am lucky enough to have watched them grow into wonderful, smart, thoughtful editors over the year I’ve lead them. Each of the writers and photographers on this staff has a unique voice and perspective, and I want them to know I applied to be editor in chief with them in my heart. This paper is about the writers, making them good journalists and letting them tell the stories of students.

Though I am sad to be leaving The Collegian, I leave knowing it gave me my passion. It gave me belonging, work ethic, courage and resiliency. I like to think I gave it something too, and I am leaving it a bit better than I found it four years ago.

Katrina Leibee was the editor in chief and can no longer be reached at editor@collegian.com but can be reached on Twitter @katrinaleibee.