Stella: Being 18 in America does not make you an adult 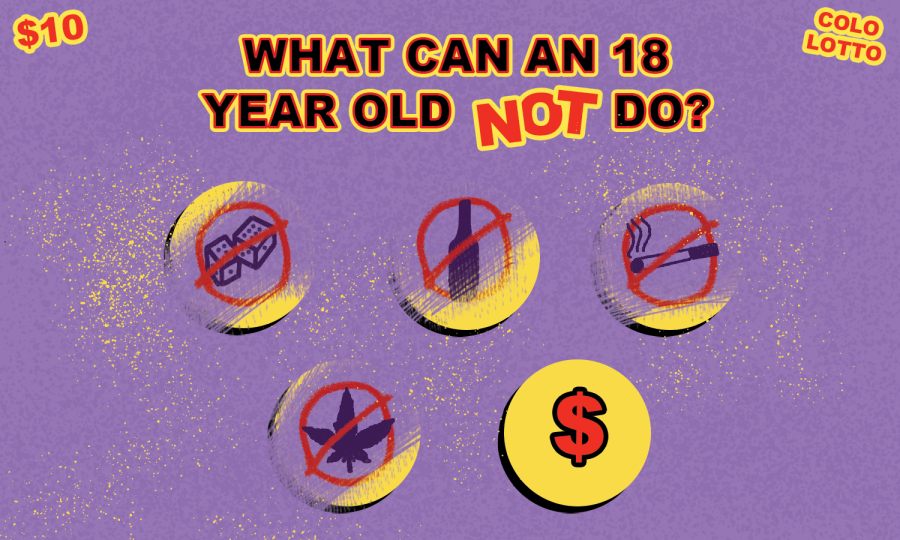 March Madness returned in full force this year after an altered experience last year due to the COVID-19 pandemic, and it’s predicted that roughly $3 billion will be wagered on the three-week event by the time it ends. This is a massive amount of money being placed on college athletics, but for the most part, 18-year-olds — supposed adults in America — will not be able to participate in in-person betting.

In America, 18 is the age when you are considered an adult, yet in 46 states in America, 18-year-olds are not legally allowed to bet on sports in person. Not only are 18-year-olds not allowed to gamble on sporting events like March Madness but they also cannot buy alcohol or cigarettes, among other things.

In 2021, $52.7 billion was wagered on sports in America, and only 18-year-olds online and in person in New Hampshire, Rhode Island, Montana, Washington D.C. and Washington were allowed to get in on the action. March Madness this year is expected to see $3 billion worth of wagers take place, which is down considerably from 2019 when $8.5 billion was expected to be wagered.

That means $3 billion is being bet on college basketball, while students who attend those colleges and are under 21 will not even be allowed to place in-person legal bets on their school’s teams.

America has seen its minimum age laws for activities such as military draft, gambling, purchasing alcohol and voting change with considerable ease throughout its history.
“There is a fundamental flaw with having the minimum age to gamble and purchase alcohol at the age of 21 instead of 18 because it encourages illegal behavior. Spend a Friday night on a college campus, and you will see being underage does not stop anyone from getting alcohol.”
In 1942, the minimum draft age was lowered from 21 to 18, and in 1971, the minimum voting age was lowered to 18 in part because the young men being sent to Vietnam could not legally vote, and this was seen as problematic.

The rationale for claiming 18 is the age when you are an adult does not hold much weight because very few of the advantages of adulthood are given to 18-year-olds.

There is a fundamental flaw with having the minimum age to gamble and purchase alcohol at the age of 21 instead of 18 because it encourages illegal behavior. Spend a Friday night on a college campus, and you will see being underage does not stop anyone from getting alcohol.

For most students who continue on to college right after high school, they are not old enough to buy alcohol or gamble, yet in most instances, they are surrounded by 21-year-olds who can buy alcohol for them, which is against the law.

Then there is the fake ID industry that has become extremely lucrative for producers. Fake IDs have become increasingly hard to spot for vendors of age-restricted items. Many fake IDs that can be bought now, often from foreign countries, pass scan tests and magstrip tests.

College is known as a time when young people start to drink for the first time or start to drink more heavily than they would at home. With the minimum drinking age of 21, 18-year-olds are encouraged to break the law by asking 21-year-olds to supply them with alcohol or by purchasing a fake ID.
“There needs to be a universal age of adulthood in America that encapsulates all of the responsibilities of being an adult instead of just granting a few of those responsibilities at 18 and the rest at 21.”
Other than the 8% of countries where drinking any alcohol at any age is illegal, America has one of the highest minimum drinking ages at 21. Only 6% of countries globally have one this high. A majority of countries, 61%, have a minimum drinking age of 18 or 19, according to Britannica ProCon.org.

Our counterparts in the United Kingdom are allowed to gamble once they turn 18, as is the case in most European countries where the minimum gambling age is 18.