Eckburg: What’s the deal with ASCSU? 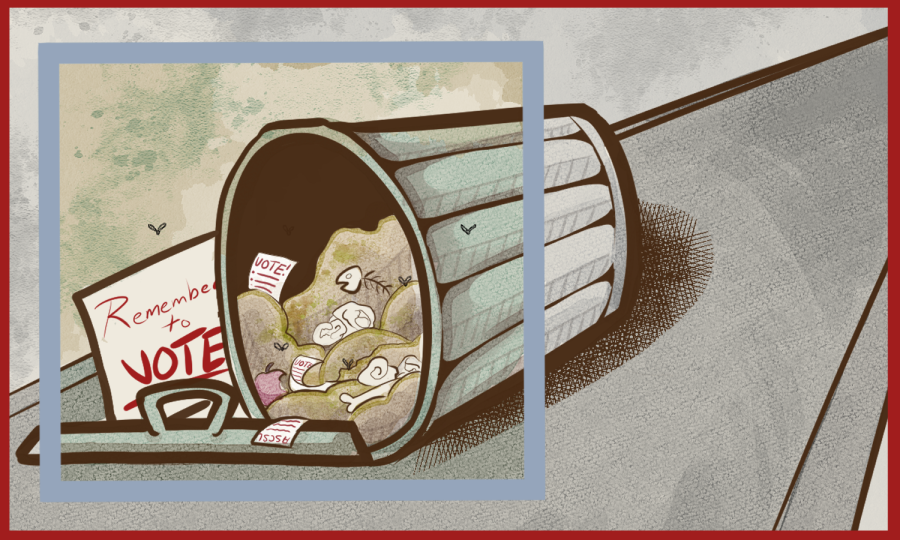 Associated Students of Colorado State University election voting opened April 4 and now, like most years prior, we have to wait to see how many CSU students will actually submit their votes.

Unfortunately, this year has been fraught with confusion about election dates and uncertainty about candidates. Robert Long and Elijah Sandoval are the only presidential and vice presidential candidates on the official ballot, with recently announced write-in candidates Sam Moccia and Haydyn Deason as their only contesters — a stark contrast to the multiple pairs who ran last year.

Additionally, former Speaker of the Senate Kyle Hill resigned earlier this year amid controversy about transparency and fairness following the senate’s request for his formal resignation. The speaker position needs to be filled in the current election, and the candidates are Rithik Correa, Nicholas DeSalvo and Evan Welch.

Never heard of them? Well, you’re not alone. One of the glaring issues with the way ASCSU directs elections is the lack of transparency and perceived availability.

When you think about a student-elected president and vice president, you would think they would be on The Plaza campaigning and answering questions about ASCSU, but we’ve seen very little of our elected officials on campus in the past and present.

It’s common for both speakers and presidential or vice presidential candidates to run on promises of transparency and communication, but it’s easier said than done.

Many students on campus have never heard of ASCSU and, frankly, the organization isn’t doing much to grab attention. There are a variety of ways they could accomplish this — think tabling with stickers or candy, having signs that have more than just ASCSU on them — but we rarely see any of these people actually committing to the public figure or public relations side of campaigning.
“Most of the time, ASCSU leaves students with more questions than answers. Honestly, before working at The Collegian I had no idea what ASCSU was, and I doubt I would’ve had any interactions with elections or candidates without media coverage and hearing about it while we discussed content week after week.”
Sure, making a campaign Instagram account and following student journalists or meme pages like @colostatememes does open a line of communication, but the accounts rarely see more than 300 followers, and that is shockingly small compared to the intended student population.

Ideally, everyone would be voting because it’s important to feel like our voices are heard as students who actually attend the University and experience campus life firsthand. However, last year the election saw only 4,039 votes, making up less than 14% of CSU students at the time.

When a small fraction of the student body is voting, are our voices actually being represented? When we’re promised transparency but the average student has no idea where to tune in to watch debates or even vote, are we all contributing to a fair and open election?

Most of the time, ASCSU leaves students with more questions than answers. Honestly, before working at The Collegian I had no idea what ASCSU was, and I doubt I would’ve had any interactions with elections or candidates without media coverage and hearing about it while we discussed content week after week.

Even then, communication between The Collegian and ASCSU is often lacking clarity. When your biggest resource for getting your opinions and campaign heard is student journalists, I would think you would be more interested in maintaining contact.

Overall, I have three pieces of advice for anyone campaigning for ASCSU positions on campus. First, dumb it down. All of this jargon and confusing communication is not helping attract voters. Be willing to sit on The Plaza and explain who you are and what you do. You should be doing the work to make students feel like they can make an informed voting decision.

Second, jazz it up. Again, jargon and communication feel bland and uninteresting. We don’t want to pry out information.

Third and finally, please act like a regular person. I get you’re working in a political position and that comes with constraints, but no one feels connected to someone who is merely a name on a list of candidates or a photo in an article.

With that said, please vote. At this point, you might have to dig for information, but it’s worth voting to ensure your voice is being heard.