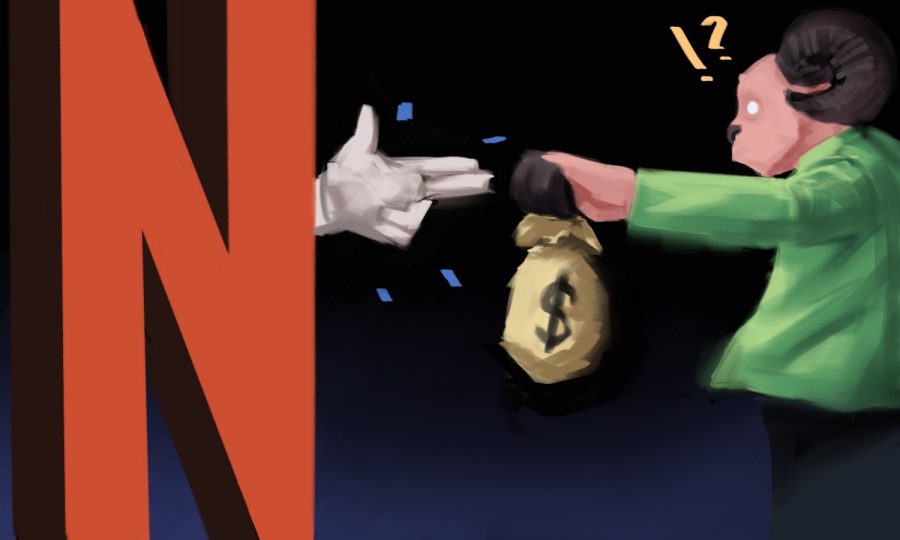 Recently, Netflix made two major changes to its business model that target the wallets of its customers, specifically those in the 18-28 age range.

These moves specifically target this demographic and do so because of the hostage market that represents the 20-somethings age range. Netflix knows this, doesn’t care how predatory it is and is doing it anyway.

The first of Netflix’s price-gouging maneuvers came in January when the company raised the price of United States and Canadian accounts: The standard accounts rose by $1.50 and the premium accounts by $2. While this may seem like a pretty inconsequential amount of money, once you think about it in the context of an $18 or $24 respective yearly increase, it becomes a bit more of a financial hindrance.

Still, this is no suffocatingly large amount of money, so why the fuss? Well, let’s begin with the fact that Netflix quite honestly does not provide enough content or features for the average consumer in today’s market. Recent studies reported 55% of U.S. households subscribe to more than one of the big three streaming services: Netflix, Amazon Prime and Hulu.

A price increase for even one of these services, an act often resulting in a ripple effect of similar price increases for other services, is certainly a big deal for consumers, but it is even more impactful to the 20-something demographic. Seeing as over 60% of Americans 18-29 years old said streaming services were the main way they watch TV, it seems to be a pretty sleazy business practice for Netflix to be engaging in.

Along with the price raise, Netflix reported they are beginning to test a feature that will restrict password-sharing among accounts, even if these accounts are shared among family members who live separately. The company said they will be testing a feature in select markets that will require a $2.99 surcharge on accounts that share passwords outside of their household.
“In order to remain tuned into the culture and able to watch the shows everyone else in your generation is watching, you must have subscriptions to streaming services, and this is why these new moves by Netflix aren’t just inconvenient or annoying, they are downright predatory.”
The keyword here is “household,” a word Netflix has decided to use incredibly liberally, conveniently not including students or young adults using their family accounts while trying to get on their feet and living alone. This is most infuriating because Netflix is directly targeting the demographic that built its empire in the first place.

The current generation that composes the 20-something demographic is also the very same generation that first used streaming services as their chief mode of consuming television. According to Statista, studies showed that while only 49% of those 65 years old or older reported subscribing to streaming services, 70% of those aged 18-34 reported subscribing to one or more.

Clearly, this is a generation dependent on streaming services not only for quality entertainment but the ability to consume the entertainment their peers are. All the biggest shows in the current era are found on streaming platforms: “Euphoria” on HBO Max, “Stranger Things” on Netflix, “The Mandalorian” on Disney+, etc.

In order to remain tuned into the culture and able to watch the shows everyone else in your generation is watching, you must have subscriptions to streaming services, and this is why these new moves by Netflix aren’t just inconvenient or annoying, they are downright predatory.

I’m not the first to detail this, as there have been studies regarding the legality and regulation of predatory practices and pricing models in the streaming industry, but I think far more attention needs to be paid to who is really being disproportionately affected by these changes: the 20-something demographic.

Unfortunately, there isn’t much to be done from the stance of a casual viewer unless we all want to collectively cancel our subscriptions and return to the cold, cruel world of cable television. This is exactly my point — there needs to be further regulations and limitations on the streaming industry in an effort to curb predatory business practices before they consume the entire streaming world.