Stella: Donald Trump is so anti-law that even Mike Pence spoke up 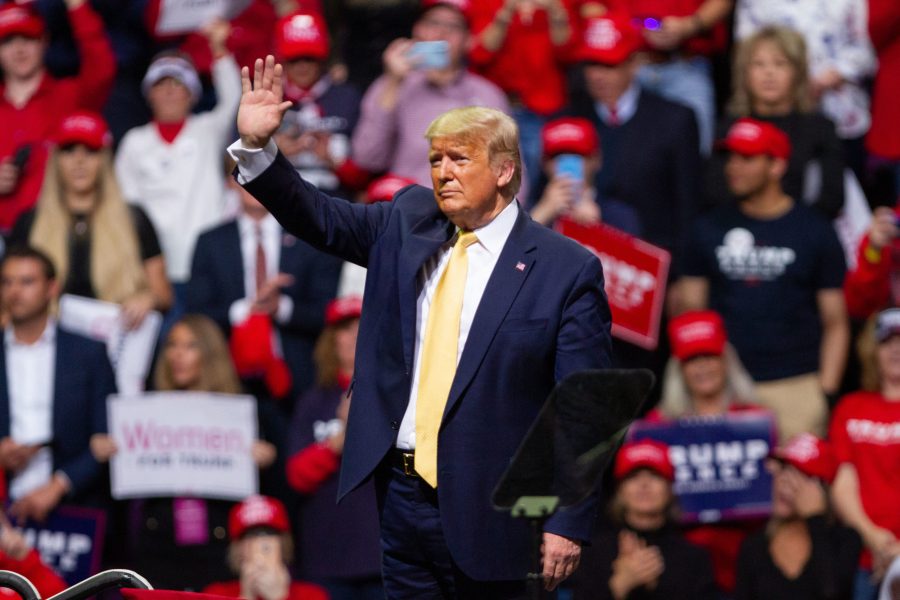 Former President Donald Trump presents as a law-and-order candidate amid his reelection campaign, but few instances during his time in the office or the year following his defeat have supported this claim. In the last few months, Trump has continued to demonstrate his complete disregard for the rule of law time and time again.

The rule of law is vital to a well-functioning democracy because it maintains order and holds everyone, including the president of the United States, accountable. In America, no one is above the law, not even the president. Laws are not meant to be bent or blatantly ignored just because a president thinks they can, and in doing so throughout his four years, Trump eroded the rule of law in America perhaps more than any American president in the past.

Trump’s long record of blatant ignorance for the rule of law reached a new low when he made another false claim that former Vice President Mike Pence had the right to overturn the 2020 election as the presiding officer of the Senate. Pence has a track record of not challenging his former partner’s claims, no matter how false or dangerous they were, but this one was finally enough to get Pence to speak up for the Constitution and the rule of law.

In a speech to the Federalist Society on Feb. 4, Pence rebuked Trump’s claim that he had the right to overturn the election and even said, “Frankly, there is no idea more un-American than the notion that any one person could choose the American president.”
“This sends the message that, in one of the world’s oldest democracies, breaking the law in support of a president who lost a legitimate election could potentially get you a get-out-of-jail-free card.”
It is rare these days to see any Republican challenge the twice-impeached former president, and it is shocking that his favorite yes-man would be the unexpected voice of reason so needed in this situation.

There were very few times during the Trump presidency when Trump exercised true basic knowledge of the rule of law and respect for the Constitution and, while Pence set an extremely low bar as vice president, it was right of him to call out Trump for a claim that is constitutionally incorrect.

At Trump’s Save America Rally in Texas last week, Trump said he would give pardons to anyone who took part in the Jan. 6 riot at the Capitol, and it was later reported that Trump contemplated doing this before he left office.

Simply put, the former president wants to pardon those who broke numerous laws in an attempt to stop lawfully elected officials from carrying out their legal and constitutional obligations. This sends the message that, in one of the world’s oldest democracies, breaking the law in support of a president who lost a legitimate election could potentially get you a get-out-of-jail-free card.

A blanket pardon for everyone who was part of the riot would also mean that the self-described law-and-order Trump would be pardoning his own supporters who injured police officers during the Capitol riot. There is no support of the law in pardoning those who forever negatively changed the lives of the very people in charge of enforcing the law.
“Trump’s disregard for true law and order and his tendency for rewarding criminal behavior has led to — among many things — a political party supporting criminal behavior to please one man who they deem politically advantageous.”
Trump’s offering to pardon those who took part in the Jan. 6 Capitol riot follows how he used his pardon power — one of the most sacred powers of the presidency — to benefit political allies and personal supporters such as Roger Stone and former White House Chief Strategist Steve Bannon.

Perhaps the most dangerous part of Trump’s false facade for our Constitution and rule of law is the effect it has had on the Republican Party, which stated on Feb. 4 that the Jan. 6 attack on the Capitol was “legitimate political discourse.”

Let’s not forget that not only did police officers die in the wake of the riot that took place at the Capital on Jan. 6, but members of the mob were heard chanting, “Hang Mike Pence” and threatened to assassinate numerous lawmakers thereafter.