Lopez: Our bodies are not your politics; stop debating abortion 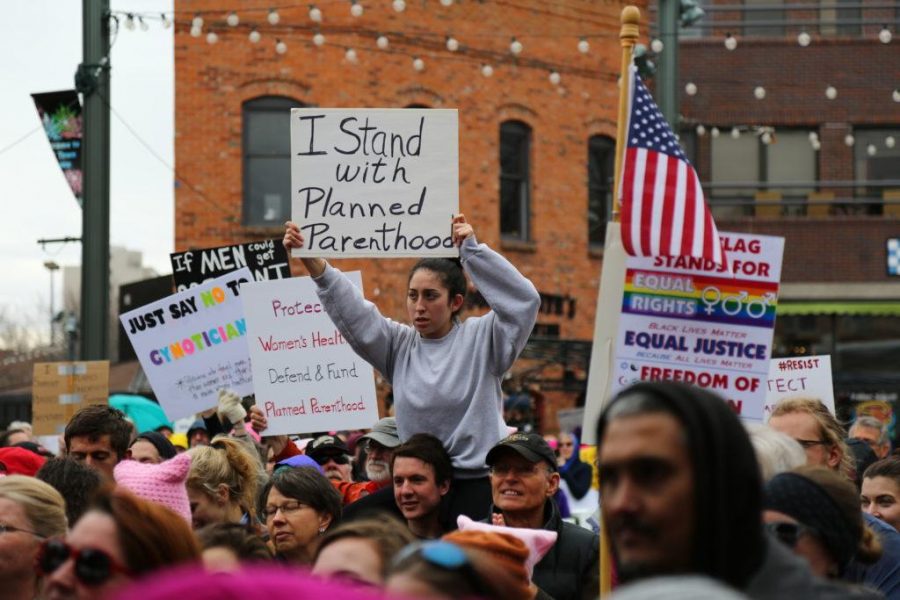 If you go into a hospital in order to get a medical procedure, such as surgery or even cosmetic surgery, the government never seems to ask questions or discuss the legality of receiving such procedures. Abortions, however, have multiple federal and state laws regulating them, and legislators frequently try to push back to ensure people cannot receive abortions without meeting specific criteria.

Why is this the reality? Why are the choices of a person who wants to end a pregnancy — regardless of the reason — questioned by the government before they can even begin the process?

Despite the reality that America is a democracy that affords American citizens the right to privacy and bodily autonomy, the United States is still a patriarchal system. America cultivates a patriarchal society, where men historically hold positions of power, and thus where men think they have the right to control women’s bodies and what happens to them.

Depending on the state laws that are created surrounding abortions, there are different caps on when people who get pregnant can get abortions. Many people do not know they are even pregnant by the time they pass some of these time limits.

These laws also tend to be created and supported by men who will never truly understand the ramifications of a person having an unwanted pregnancy or what it feels like to be forced to either leave the state to get an abortion or perform a potentially life-threatening procedure at home.
“Personal and private situations should not be debated within the government unless it involves a crime, and abortions are far from criminal.”
The Supreme Court upheld in the Roe v. Wade court case that abortion is legal, but states still have the power to pass laws restricting it at various points during pregnancy. Recently, Texas chose to cut this law to around six weeks, which makes it so that a person might not yet know they are pregnant.

Abortions are not only important but necessary for people to access within society. This is a personal medical procedure, just like any surgery, and it should not be debated or restricted by the government.

Many of those who are debating and challenging federal abortion laws are the people who seem to have absolutely no idea about what a person actually experiences when it comes to an unwanted pregnancy. Not only is the choice to end a pregnancy something that takes a lot of contemplation, but it can cause a huge emotional and physical toll on a person.

People are so often judged for choosing to get an abortion, and some are treated harshly by those who are against abortions. People having the right to choose means they have the right to feel liberated in making a decision that is best for them.
“The more restrictive state abortion laws become, the more frequently people will be at risk of receiving improper medical treatment for their unwanted pregnancy.”
Getting an abortion doesn’t just apply to those who might face physical health concerns if they continue with the pregnancy. It also applies to those who are not mentally or financially ready to bring another life into the world, among other reasons. The decision people make when they are faced with an unwanted pregnancy is a choice that should be made by them alone, without making them the center of a heated political debate. Our bodies are not your politics.

The Roe v. Wade court case ensured abortion access would be legal for women nationwide and that they have a right to privacy. Now, however, this decision is at risk of being overturned after being attacked for so long. The more restrictive state abortion laws become, the more frequently people will be at risk of receiving improper medical treatment for their unwanted pregnancy.

Personal and private situations should not be debated within the government unless it involves a crime, and abortions are far from criminal. Abortions allow people the right to know when a pregnancy is not right for them.

Abortion access creates the opportunity for people to openly discuss their needs and wants without feeling judged or embarrassed. It allows them the chance to feel liberated rather than ashamed; to know they made the right decision for themselves.