Tusinski: Democrats are in trouble, especially on college campuses 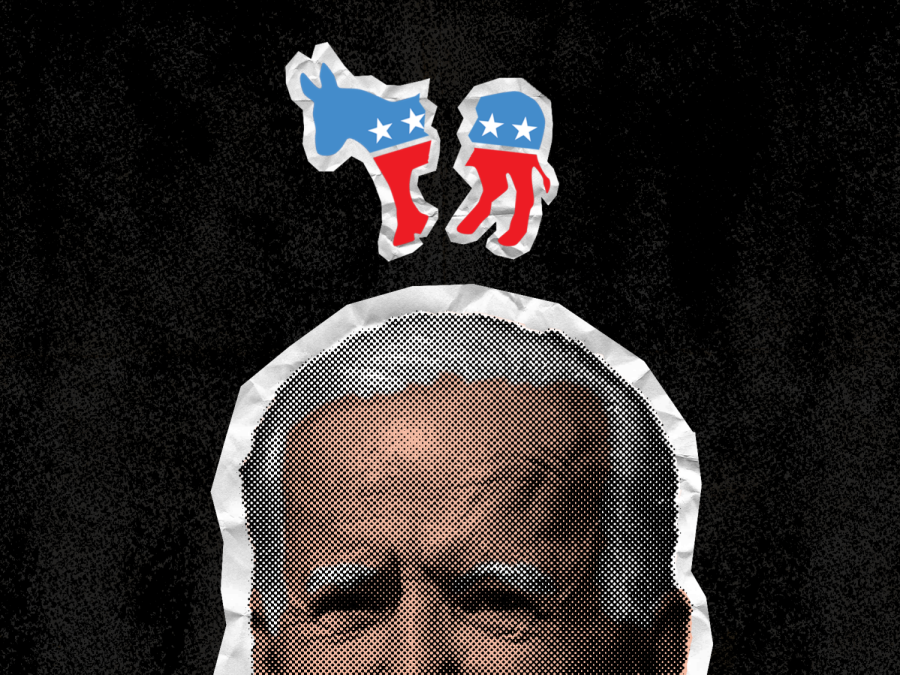 Even though it feels like time simultaneously whizzed by and dragged on endlessly since the 2020 presidential election, we’ve officially hit an important milestone: We’re halfway to the 2022 midterm elections.

The midterms are a significant political marker. They come halfway through each president’s term and stand as a way to gauge how the country is feeling about how they’re doing in office. They can signify important political shifts that will affect how each party campaigns, governs and legislates in both the short and long term.

As we inch closer and closer to the midterms, there’s one question in the back of everyone’s mind: Will the Democrats keep, or maybe even build, their razor-thin majority in 2022?

Based on their performance since the 2020 elections, it’s not likely, and college campuses are showing us why.

Young voters — namely college students — played a large part in both Joe Biden’s presidential victory and the Democrats’ congressional victories. Exit polls after the 2020 elections showed that 65% of voters 24 and under voted for Biden, and younger voters helped lead Democrats to victory in key swing states like Georgia and Pennsylvania. More than half of young people turned out to vote, an important paradigm shift that showed the power of Generation Z (people born in the late 1990s to early 2000s) and millennials (1980-90s) in modern-day politics.
“Even with their majority in all three elected bodies of our federal government, (Democrats have) failed to follow through on nearly every campaign promise they were elected on.”
Young voters didn’t necessarily elect Biden and other Democrats because they truly believed in their campaigns but because they wanted to push the party to the left. While Biden was on the campaign trail, it seemed like that thrust from young voters had worked; he adopted a number of progressive policies from Bernie Sanders’ campaign and even presented himself as a modern Franklin D. Roosevelt, championing his policies as being similar to the New Deal in the 1930s.

Biden promised ambitious climate action on the campaign trail. Instead, he’s approved thousands of oil drilling permits. Vice President Kamala Harris campaigned on sending every American $2,000 a month over the course of the pandemic. Instead, she and her Democratic colleagues only provided a one-time $1,400 payment to a small number of Americans.

Biden campaigned on a swift and aggressive federal COVID-19 response, but after being elected, Biden said there was “no federal (COVID-19) solution” and claimed state governments were responsible for ending the pandemic. I mean, Biden even kept cruel Donald Trump-era immigration policies in place rather than following through on his promises to foster humane treatment of immigrants.

Broken promises haven’t been exclusive to the White House either. Sen. Jon Ossoff, whose election in Georgia secured Democrats a slim majority in the Senate, promised the same $2,000 monthly checks as Vice President Harris. Needless to say, those checks have not arrived. Congressional Democrats slammed Trump’s COVID-19 response, yet over the course of their year in office, the number of COVID-19 cases and hospitalizations have both reached record levels.
“Young people are becoming increasingly active in politics. Voter turnout among young people has been steadily increasing over time. Youth voters also lean more left than their political predecessors.”
These policy betrayals have heavily corroded Biden’s support among the young voters who got him into office in the first place. More than half of voters 29 and under now disapprove of Biden’s job in the office, a stark difference from the wide margin of victory on which he rolled in.

That trend spells out a very clear problem for Democrats. Young voters have proven to be the Democrats’ key to electoral victory in recent years. In both the 2020 election and the 2018 midterms, young people were one of the driving forces behind the Democrats’ election victories. Biden and the Democrats’ broken promises are alienating that important base of voters.

On top of it all, Democrats control the federal government. Democrats are in power in the House of Representatives, the Senate and the White House. Even with their majority in all three elected bodies of our federal government, they’ve failed to follow through on nearly every campaign promise they were elected on.

Needless to say, that’s not a winning recipe.

These trends in political activity and ideology among Gen Z and millennials help explain why they no longer support Biden. Not only has he broken the progressive policies he made to win their vote, he’s actively betrayed those promises while in office. His lack of climate action and failed COVID-19 response are perhaps the best examples of why college students and young voters are increasingly disillusioned by the Biden administration and its Democratic colleagues.

All of these factors, all of these trends and all of these policy failures are giving us a clear picture of what may happen when November rolls around and Americans head back to the polls. Biden and the Democrats’ plan to shift to the center after their progressive campaign posturing will likely cost them the youth vote — and the midterms.