Stella: Moby Arena has served us well, but it’s time for an upgrade 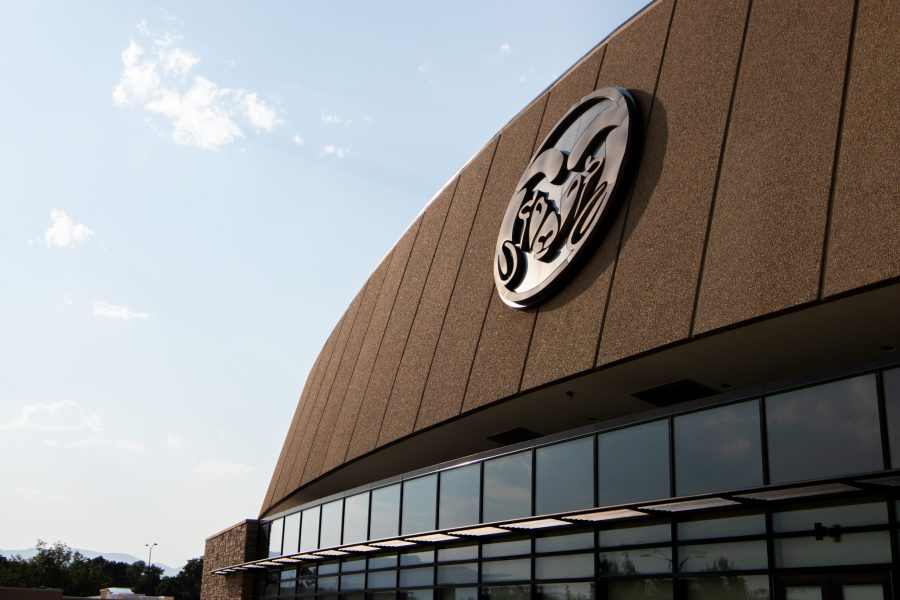 The side of Moby Arena Aug. 29, 2021. Originally named the Auditorium-Gymnasium, Moby Arena got its current name after an old Collegian article described the building as "a beached whale."

With the return of fans to live sporting events, students have consistently shown up to support Colorado State University athletics inside Moby Arena. After going dark for over a year, Moby Madness is back in full swing.

Students broke the student attendance record at the men’s basketball game against the University of New Mexico with 3,844 students Jan. 19. This student crowd filled 160% of student seating capacity.

With the success of the sports that take place in Moby Arena, it is time for CSU Athletics to seriously consider building a new arena or remodeling Moby so that it will continue to attract top-tier athletic talent and sell more tickets. Moby Arena is a big part of Colorado State University’s athletic history.

It is an intimate arena that is unique among its counterparts in the Mountain West Conference and college basketball in general. Hughes Stadium was also a large part of CSU tradition, but it would be hard to argue that the new $220 million Canvas Stadium and related training facilities — one of the newest in the Mountain West and arguably one of the best in college football — has not been extremely beneficial for the CSU football program.

Just recently, former head football coach of University of Nevada, Reno Jay Norvell left UNR for CSU and said in an interview with The Denver Post, “(Canvas) Stadium does not have to take a backseat to anybody in football.” A new, modern arena would be a powerful asset to men’s basketball coach Niko Medved, women’s basketball coach Ryun Williams and volleyball coach Tom Hilbert.

When compared to other Mountain West arenas, Moby is one of the smaller ones, but small arenas help aid in creating a loud environment. An arena that is filled every night is preferable to one that is large and rarely fills all of its seats. Moby Arena leaves a lot to be desired, though, with its awkward shape and relatively small student section when compared to the overall size of the student body population.

Building a new arena or even just remodeling the inside of Moby does not mean that seating capacity should be increased. Currently, Moby seats 8,745, and any new arena should seat about the same amount of fans. The majority of seating in Moby is on the sides and is reminiscent of a glorified high school basketball gym.
There is no doubt that Moby Arena offers a great playing environment that is attractive to players, but at the end of the day, college athletics is a business.
Over the past decade, CSU has invested $1.62 billion in 45 different building projects, including Aggie Village Apartments, Canvas Stadium, the Michael Smith Natural Resources Building and the CSU Health and Medical Center. These investments in infrastructure have enhanced the learning experience, education quality and appeal of CSU. Why not build a new arena to add to the long list of capital improvements on the campus of CSU?

Change can be hard, especially when it comes to a building that has been around since 1966, with the first basketball game played in Moby Arena on Jan. 24 of that year. There have been a lot of great teams and great players that have graced the floor of Moby.

However, there comes a point when Ram fans have to wonder if Moby Arena — and the training facilities associated with it — are holding back the athletic teams that call Moby home.

There is no doubt that Moby Arena offers a great playing environment that is attractive to players, but at the end of the day, college athletics is a business. Just like Canvas Stadium has given Colorado State football a needed boost in recruiting and appeal to players, coaches and fans, a new arena could give CSU’s basketball and volleyball programs a recruiting edge and possibly even set up CSU to be in an advantageous spot when the next conference realignments come along — if the athletics department is interested in switching conferences.

It is rare in college sports for new sporting venues to be built. New venues cost money, and it is understandably very difficult for fans to see nostalgic buildings go away, as it would be with Moby. There is a lot of consideration, planning and money that have to go into building a new sports venue on campus. Moby Arena would likely have to be torn down, or another building on campus would have to be taken away to make space for the new venue unless there was a way to remodel the inside of Moby.

Moby is rich in history and tradition, but it is an arena from a different era. Building a new arena is the next step for CSU Athletics.