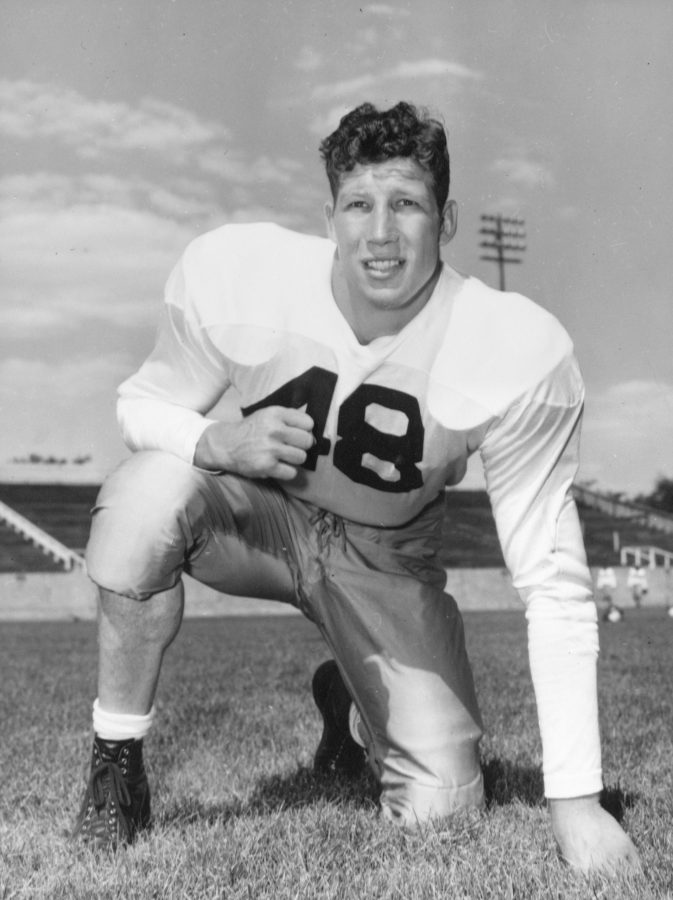 This week, the opinion desk spent a lot of time digging through The Collegian’s archives to find old Colorado State University traditions to write about. There were a number of weird, old and obscure traditions that have since been lost to time. One that caught my eye was “Fum’s Song,” an old football tradition I’d never heard of.

The name itself is mostly what grabbed my attention, admittedly because it reminded me of the “Chum is Fum” episode of “SpongeBob SquarePants.” But after doing some digging, it turns out the song holds a much more symbolic meaning in CSU history than my admittedly stupid initial interest would’ve suggested.

The song was cut from CSU’s football festivities because many found the lyrics offensive or unnecessary. The song poked fun at regional rivals, like the University of Colorado Boulder, the Colorado School of Mines and the University of Wyoming. For those who don’t know, these were the song’s lyrics:

I’ll sing you a song of college days, and tell you where to go,

Aggies, where your knowledge is, and Boulder to spend your dough.

C.C. for your sissy boys, Utah for your times.

D.U. for your ministers, and drunkards, School of Mines.

Don’t send my boy to Wyoming U., a dying mother said,

Don’t send him to ol’ Brigham Young, I’d rather see him dead!

But send him to our Aggies, It’s better than Cornell,

Before I’d see him in Boulder, I’d see my son in hell!”

I’m a simple man of simple pleasures. I like a good rivalry, I like being a smart*ss and I like taking every opportunity to dunk on CU Boulder. This song provides all three of those things.”

The song is named after Thurman “Fum” McGraw, a CSU athletics legend. He went to school at CSU and earned a bachelor’s degree in forestry in 1949. He was a part of CSU Athletics for most of his time at the school, playing an integral role in CSU’s football and wrestling teams during his time there. He went on to play for the Detroit Lions in the NFL, winning a national championship with the team in 1953 before coming back to CSU to coach the wrestling team.

McGraw was certainly one of — if not the — most accomplished CSU athletes of all time. Athletics, awards and accomplishments aside, though, McGraw is also credited with one of CSU’s athletic traditions: “Fum’s Song.”

Traditions are meant to change over time to better suit the era they’re being celebrated in.”

“Fum’s Song” wasn’t written by McGraw, nor was it meant to be named after him. It was initially created by the Sigma Nu fraternity, of which McGraw was president for a short time in the 1940s. He would sing it with the football team before games, and as a result, it became a tradition for the team and its fans.

Even after McGraw’s passing in 2000, CSU fans sang the song before the fourth quarter of each football game until the tradition was nixed in 2006.

I can understand the complaints. A lot of the lyrics feel like they’re from a bygone era, and to be fair, they are. The term “sissy boys” just feels wrong and borderline transphobic, and the line “Utah for your times” doesn’t make a whole lot of sense to begin with. I can 100% understand why the football team decided to cut the song from game-day festivities.

All that being said, I think the song deserves to make a comeback.

I’m a simple man of simple pleasures. I like a good rivalry, I like being a smart*ss and I like taking every opportunity to dunk on CU Boulder. This song provides all three of those things, and because of that, I think it’s worth keeping around, albeit with a few tweaks.

Matt Stephens’ Coloradoan article from 2014 argued against reviving “Fum’s Song,” saying that tweaking the lyrics would run counter to the idea of keeping such an old tradition around. I couldn’t disagree more. Traditions are meant to change over time to better suit the era they’re being celebrated in.

Christmas was originally a pagan holiday meant to celebrate the winter solstice but has evolved into its present form to suit religious and cultural purposes. Why not do the same with “Fum’s Song”?

It’d be fun to bring back the song — with permission from McGraw’s friends and family, of course. The football team could put out a request for students, staff, faculty and alumni to submit rewritten lyrics before choosing the best to replace the song’s original wording.

“Fum’s Song” would be one of CSU’s only athletic traditions that transcends one individual sport, too. A lot of our traditions are unique to the sport being played, whether football, basketball, soccer or anything else. The lyrics to the song are pretty ambiguous, and could be sung at any sporting event. Wouldn’t it be cool to have one tradition unifying each of CSU’s teams and their fans?