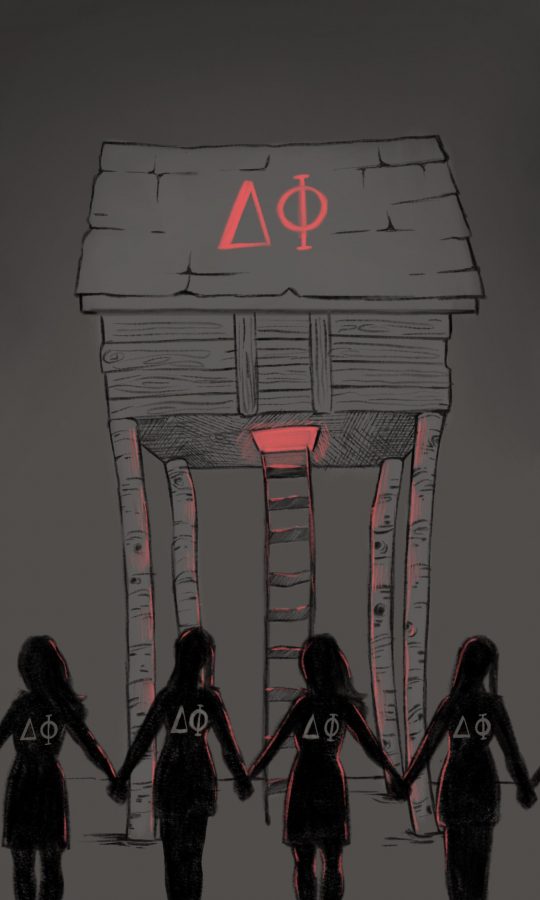 Ever watched a documentary about a cult and thought to yourself, “There’s no way that would work on me?” I have, and after experiencing sorority recruitment at Colorado State University, it’s frightening how susceptible to cult tactics I am. Coming from a former “potential new member” and a dark history fanatic, the recruitment process for sororities has distinct and unsettling similarities to cult recruitment tactics.

The ideal target for cult recruitment is someone who is under mental duress with no one to turn to. Davis says these people are “stressed, emotionally vulnerable, have tenuous or no family connections or are living in adverse socioeconomic conditions.”

Within the first weeks of school, students are bombarded with homework, quizzes, exams — you name it — from every class: stressed and emotionally vulnerable. Unless you grew up in Fort Collins, you’re separated from your family: tenuous family connections. Not to mention the stereotype that college students are broke, and well-paying jobs are few and far between: adverse socioeconomic conditions.

Love-bombing is showering the targets with affection and compliments, perhaps even gifts, in order to make them feel valued and accepted by the cult and make them feel inclined to join. Within the first 15 minutes of the first day of recruitment, I had already been told, “We love you,” twice.

This continued throughout the process, being told we were “special women” and the sisters were proud of us for being there more times than I can count. Once you get a bid, the sorority gives you T-shirts, keychains, tumblers, stickers, a plaque for your door and other various trinkets.

Cult members may fake common interests with targets in order to induce a feeling of commonality. In one-on-one settings with sisters, I found they all seemed to like the same things as I did, even when I got niche with my interests (i.e., playing harmonica and satirical comedy). It’s entirely possible these nitty-gritty details could resonate with maybe one or two sisters, but all of them? Debatable.

It seems suspicious to me that women who didn’t want to be involved in the first place miraculously found their ‘family’ while being isolated from the outside world and coerced from every angle.”

Davis describes isolation as beginning immediately after enticing the recruit, removing them from friends and family as well as outside sources of information. Sorority recruitment takes place over a four-day period, taking over nine hours on the weekends and beginning at 4:30 p.m., going until late hours of the evening on preference night and bid night.

In the process of staying on my toes — literally, in high heels — for long-haul stretches without adequate time to eat anything, drink water or finish any homework assignments, I was surrounded by sisters who were telling me, “I didn’t even want to join a sorority, but I found my family here,” and various concerning things along those lines.

It seems suspicious to me that women who didn’t want to be involved in the first place miraculously found their “family” while being isolated and coerced from every angle. No wonder they felt so loved — that’s the entire point.

According to Davis, keeping control within a cult involves keeping recruits trapped in a constant back-and-forth of fear and love. Davis’s quotation of social psychologist Alexandra Stein says that when we’re afraid, we run to the nearest safe person. In cults, that safe person is the one causing you to be afraid, so you’re stuck in an endless and tiresome loop. This can involve threats, restricted access to resources or removal of the “family” within the cult — being shunned.

I dropped out before bid day for this reason. The National Panhellenic Conference asks you to sign a Membership Recruitment Acceptance Binding Agreement that says you will accept a bid from any sorority that you rank, and if you don’t, you won’t be eligible for recruitment until next season, disqualifying you from the option of continuous open bidding, which is open all year round. This is the fear — they want you to feel like you’re missing out if you don’t sign on the X.

When I withdrew, two separate women asked me if I was sure about my decision and if I wanted to talk about it with anyone. The worst part? I was seriously debating it. I didn’t want to rush, never wanted to be part of a sorority, but the recruitment tactics had worked their magic. I was afraid of being left out, of no longer having the “family” I was promised.

All said, while I’m sure sorority life is the path for some, it’s not for me. And looking at it from the perspective of cult recruitment tactics, I feel lucky to have escaped it.

Hailee Stegall can be reached at letters@collegian.com or on Twitter @haileenstegall.