Cooke: C.A.N.S. Around The Oval is one of CSU’s best traditions 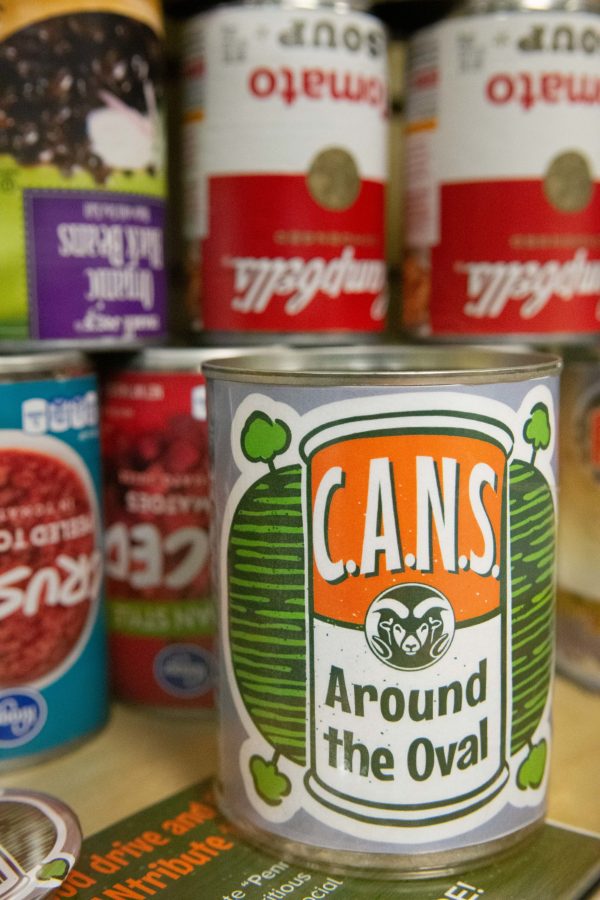 SLiCE and the Food Bank of Larimer County have come together for another year of C.A.N.S around the oval, the annual food and funds drive at Colorado State University. (Matt Tackett | The Collegian)

C.A.N.S. Around The Oval is a roughly month-long food and fund drive organized by Colorado State University’s Student Leadership, Involvement and Community Engagement office and the Food Bank for Larimer County.

Now in its 35th year, the drive represents one of CSU’s best Homecoming traditions, reflecting our University’s commitment to transformative community action.

C.A.N.S., which stands for “cash and nutritious staples,” started in 1986 when Victoria Keller, a CSU graduate student, was inspired by reading an undergraduate journalism student’s two-page assignment proposing a canned food drive. Only Keller and two other students coordinated the first collection, which speaks to the power of individuals working together.

C.A.N.S. teaches us the fundamental lesson that absolutely no one needs to be hungry in our community.”

The first organizers were so excited about their results that they physically arranged the cans they had received around CSU’s Oval. These cans only stretched a quarter of the way around The Oval, but such humble beginnings have since grown into a large and powerful CSU tradition.

In 2019, the event became a food and fund drive seeking both nonperishable, nutritious foods as well as monetary donations. Michael Buttram, the basic needs program manager for SLiCE and program coordinator for Rams Against Hunger, emphasized the importance of both.

“The diversity of food is good for the (Food Bank for Larimer County),” Buttram said. Community members in need can receive a broad range of nutrient-dense food items thanks to the drive’s donations.

At the same time, cash donations give the Food Bank for Larimer County more purchasing power and thus a stronger means to serve the community, according to Buttram. This year, C.A.N.S. aims to “raise at least $40,000″ and “collect at least 20,000 pounds of non-perishable nutritious food,” according to the event’s website.

Friendly competition — appropriate for Homecoming season — is an important part of the event’s success. Individuals and organizations can register as a team through the Food Bank for Larimer County’s website and compete for points based on dollars and pounds of food donated.

According to the C.A.N.S. website, there are typically five categories of participants: CSU colleges/departments, CSU student groups, community groups, local schools and individuals. The College of Business won by a landslide in 2020, which means the College of Liberal Arts needs to really step it up (don’t make me switch majors this late in the game, y’all).

Buttram said this year the drive is bringing back the “CANStruction” contest on Oct. 13, which gives participants a chance to build “i-can-ic” sculptures and architecture out of non-perishable food items.

Buttram affirmed the effectiveness of friendly competition and “bragging rights” to get people to contribute, but mostly emphasized how C.A.N.S. works to change the way we think about food insecurity. The drive shows us “how easy it is when we come together as a community to eradicate food insecurity.”

The assumption that somebody else might need that food more than you is wrong if your needs aren’t already being met.”

Citing the 2020 #RealCollege Survey from the Hope Center for College, Community and Justice, Buttram explained that in the 30 days prior to when the survey was taken, 29% of students at CSU experienced some form of food insecurity, which he defined as “not having access to sufficient and nutritious food.”

Buttram said this statistic is hard for our community to talk about and accept, but it’s nonetheless something we need to address. “Students should be able to fully participate in their experience at CSU without fear of where their next meal will come from,” he said.

Referencing both the Food Bank for Larimer County as well as Rams Against Hunger’s own food pantry (located in room 140 of the Lory Student Center), Buttram said, “Anyone who thinks they need (these resources) should use them.”

The assumption that somebody else might need that food more than you is wrong if your needs aren’t already being met.

“There is sufficient food to go around,” Buttram said, and if everyone assumes someone else needs it more, then nobody is truly appreciating the benefits of this important program.

C.A.N.S. teaches us the fundamental lesson that absolutely no one needs to be hungry in our community. We have an abundance of nutritious foods — only inequitable access or distribution creates problems.

This tradition represents a direct connection between one of our community’s problems and our capacity for collective solutions. C.A.N.S. is aligned with our University’s commitment to transformative action, and I can’t wait to see how much food and money we raise on Oct. 20.

Anyone who wants to know more about C.A.N.S. can visit the event’s website at cans.colostate.edu.