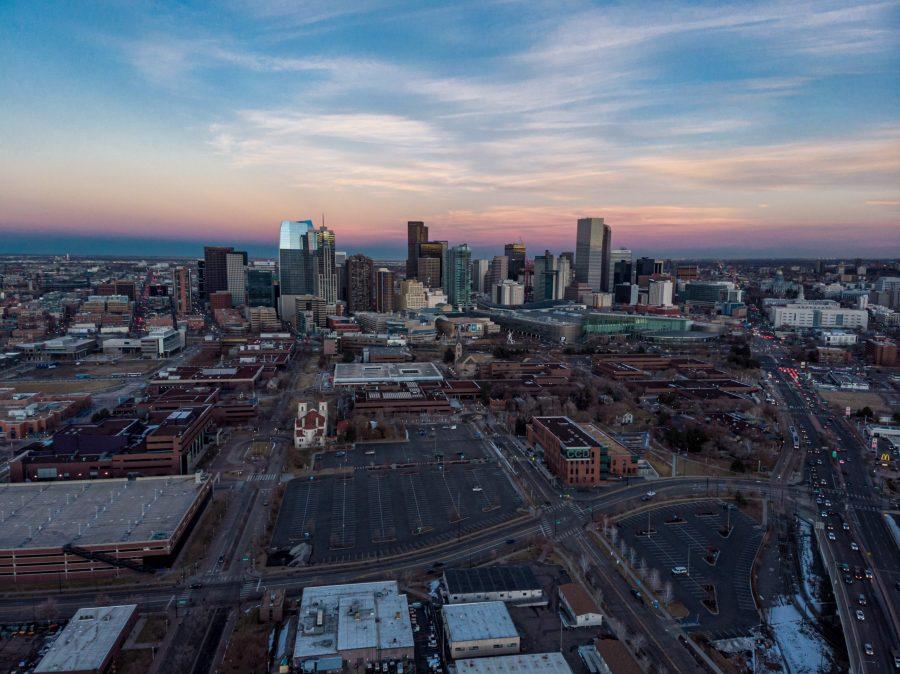 The Denver skyline at sunset Jan. 4, 2020. (Michael Marquardt | The Collegian)

The housing crisis is not new in America, but in Colorado, it has reached a new level that is impossible to ignore.

There is no way to interpret this data besides acknowledging that Colorado has a glaring housing problem. That being said, the state must be doing something to solve this problem, correct? Unfortunately, that answer is more complex than a “yes” or “no.”

A study of our state’s homeless crisis revealed a 25% increase in those living on the streets from 2017 to 2020. Meanwhile, Denver spends around $434 million a year to address homelessness. However, many of these efforts are focused on short-term solutions rather than finding sustainable housing for those living without a home.

Another issue is in the local government’s response to this crisis. A study from the University of Colorado Denver has revealed that Denver’s per-capita spending on the homeless is twice as much as the average rent for a one-bedroom apartment in the city, leading some to question Denver’s use of resources in this issue.

This shows that, while Denver is certainly acknowledging the problem, it must come to terms with its growth and understand that finding sustainable, long-term solutions to its housing crisis should be the focus rather than establishing “safe outdoor spaces.”

The city has increased ‘sweeps’ of homeless encampments recently, clearing out more camps in the last six months than all of 2020.”

However, this does not mean that the government should halt funding to homeless aid. It means that local government must recognize that rehabilitating the housing situation of those forced to live on our streets is a difficult task and will take plentiful time and resources.

And yet, this opinion seems to be held by few local politicians. Denver Mayor Michael Hancock has said that the city’s pandemic-era plan to purchase abandoned or defunct hotels and motels around the city to transform them into shelters would continue into 2021, which has happened, albeit at a snail’s pace.

The city plans to purchase a 94-room hotel in Denver; however, renovations won’t be finished until the end of the year. So instead of holding strong on improving the well-being of those less fortunate and providing humane treatment for all, the city began attempting to forcibly remove the homeless from their camps.

Clearly Colorado has some serious truths to face when it comes to our housing crisis.”

The city has increased “sweeps” of homeless encampments recently, clearing out more camps in the last six months than all of 2020.

Why? To provide a cleaner setting for the recent MLB All-Star Game hosted by Denver. To provide slightly more convenient sidewalks for All-Star Game attendees, the city has decided to evict homeless citizens from their camps en masse.

According to a survey by Denver Homeless Out Loud, this practice is harmful and ineffective, yet the city presses onward with widespread efforts to remove homeless camps from public spaces.

While Denver flounders and widely fails in their efforts to solve the homelessness crisis, other smaller Coloradan cities are seeing similar struggles in combating the housing crisis. Fort Collins is attempting to build its own shelter, but it’s not expected to be finished until 2024.

The main difference, however, is the lack of resistance from local government and citizens. The push to help contain the housing crisis in Fort Collins has been met with positive support and local politicians have stayed steadfast in their support of these initiatives. Fort Collins’ Homelessness Advisory Committee is currently deciding on a location for the shelter.

Clearly Colorado has some serious truths to face when it comes to our housing crisis, but Denver’s forceful, contradictory plans are quite alarming, especially in comparison to the efforts of cities such as Fort Collins who, while having far less resources, are trying to push forward without participating in inhumane practices such as “camp sweeping.”

JD Meltzner can be reached at letters@collegian.com or on Twitter @jd_meltzner.