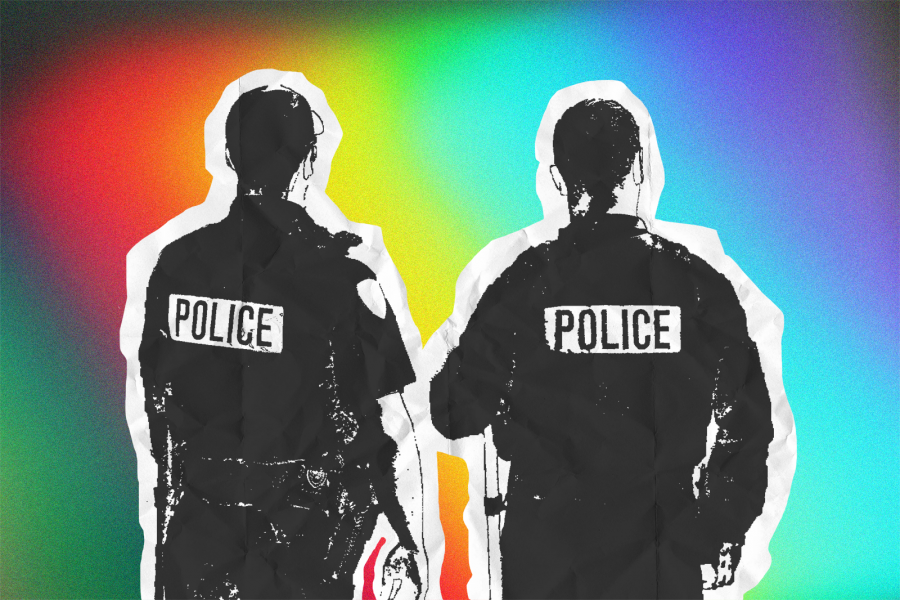 The first Pride was a riot. It’s become something of a woke cliché to say, but it’s true.

In 1969, the New York Police Department raided the Stonewall Inn, a popular gay bar in New York City. The patrons of the bar fought back, tossing bottles at officers and forcing them to retreat and stop the raid. It was a turning point and the first widely publicized act of queer resistance to police brutality, helping ignite the LGBTQ+ movement as a whole.

In 2019, the 50th anniversary of the Stonewall Riots, I was at Denver PrideFest with my now-ex-boyfriend. We had arrived just as the march was reaching its end, and amid the stream of corporate entourages, political campaigns and local Pride organizations in the parade was an odd sight: the Denver Police Department, waving rainbow flags and marching with the rest of the parade.

It felt weird. On the anniversary of the Stonewall Riots, which were an open act of rebellion against the police, why were the police marching alongside us? Were they there in genuine support of the LGBTQ+ community, or were they just trying to win us over and score progressive points? Why was everyone so OK with the cops we had to fight against for the last 50 odd years shrugging their shoulders and joining us?

Oppressed people cannot work with the people oppressing them and expect real change.”

I set the internal debate aside, enjoying the rest of Denver PrideFest for what it was without thinking about the sociopolitical intricacies of it all. I kept that train of thought out of my mind until last year, when Black Lives Matter protests engulfed the country after the murder of George Floyd. The protests forced America to reconsider its relationship with the police, sparking calls to defund or even abolish the police.

Many LGBTQ+ people, myself included, joined both those protests and those schools of thought, which forced us to not only reconsider the police’s relationship with communities of color but also with our own community.

Whether routinely raiding spaces for gay men, entrapping and arresting gay men for “degeneracy” or even passively allowing transgender inmates to die in their cells in the modern day, the police have historically been an oppressive force preventing LGBTQ+ people from publicly being themselves.

Considering this history in conjunction with the recent protests against the police, many Pride events are reconsidering their relationship with the police. New York City Pride was the first to ban its city’s police department from joining the festivities, citing the Stonewall Riots and the New York Police Department’s treatment of queer protesters last summer. Denver’s PrideFest soon followed, saying that the organization couldn’t support the Black queer community and the police at the same time after the police’s history with the community.

You know what? Good. Oppressed people cannot work with the people oppressing them and expect real change.

Barring the police from Pride events is about more than just history and oppression though. It’s also an attempt to prevent cops from co-opting the marches, using rainbow colored cop cars and badges to erase their discriminatory past from public consciousness. Organizers don’t want the police getting good press for participating in an event protesting the police.

For generations, the LGBTQ+ community has had to fear the police. They’ve raided the only spaces we feel safe in, they’ve arrested us solely for existing and they’ve worked to this day to entrap and arrest based on sexuality. Why should we accommodate them at an event spurred by their brutality against us?