Tusinski: Defund the police — but not CSUPD 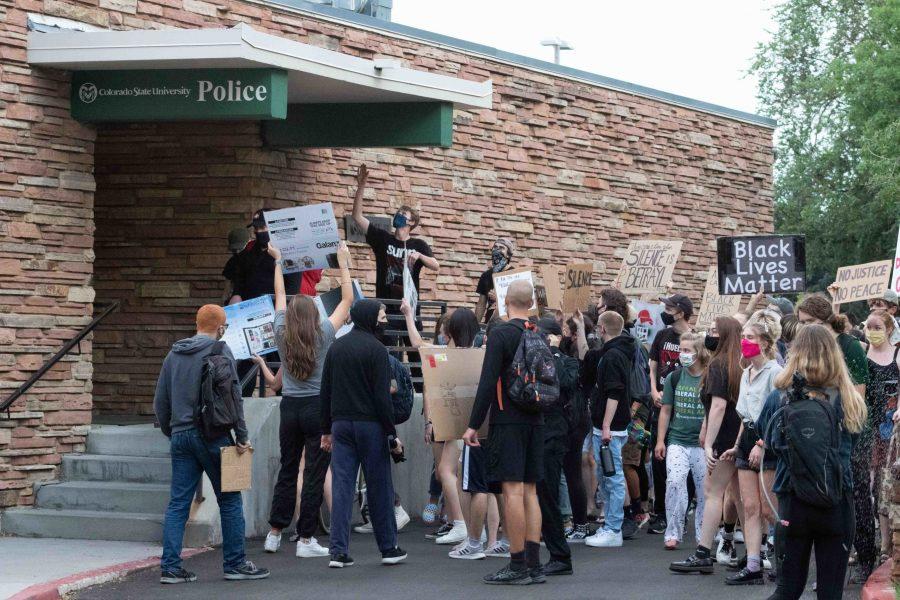 The streets of Denver and Aurora have been mostly quiet the past few months. They were much noisier this summer, with protesters occupying the streets nightly, demanding justice for George Floyd, Breonna Taylor and Elijah McClain. The protests weren’t just about seeking justice for Floyd, Taylor and McClain, but they also aimed to force a public reckoning about the future of American policing, through the means of defunding and demilitarizing the police.

The protests reached Colorado State University in August when hundreds of students marched in solidarity with demonstrators in Kenosha, Wisconsin, who were protesting the killing of Jacob Blake. The demonstrators in Fort Collins marched to the Colorado State University Police Department building, holding signs and banners demanding the police be defunded.

While the protesters’ hearts were rooted in good causes, defunding the CSUPD would ultimately cause more harm than good.

(CSUPD) should be an example for policing across the nation. We should demilitarize and minimize the scope of the police, and make them mostly nonviolent.”

Now, I want to clarify that defunding the police is necessary for creating a more just and equal society. Many who advocate for defunding the police, me included, believe that the police in America have become something of a military force rather than a real police force. This is a belief rooted in fact, as police departments across the country have been buying up military gear, as well as adopting military-style tactics.

This militarization might be a reason why United States police kill civilians at incredibly high rates compared to other developed nations. Black people are three times as likely to be killed by police officers than white people.

According to the 2020 results of policeviolencereport.org, “Most unarmed people killed by police were people of color.”

What’s worse is the vast majority of officers were let off the hook for killings — police killed 1,127 people in 2020, and only 16 officers were charged with a crime. That’s only about 1%.

On top of it all, when people protest the militarization and increasing violence used by police, the police have been responding with violent force, which only further inflames the issue.

So again, don’t get me wrong, defunding the police is definitely necessary to bringing about equity for all Americans, particularly people of color. However, it’s important to keep in mind that CSUPD isn’t the same kind of police force that deserves protesting. It’s a campus police force whose main job is to enforce laws on underage drinking and drug use and resolve interpersonal conflicts between students.

This is reflected in the CSUPD’s Annual Fire and Safety Report, where the department reports its response to reported crimes on campus. The vast majority of CSUPD’s resources are spent on stopping liquor and drug law violations compared to the broader scope of state police forces, who are responding to more violent crimes.

The old adage “jack of all trades, master of none” is applicable to the police. The scope of what they’re expected to respond to is too broad, and the increasing militarization of police forces only allows for more killings and unnecessary violence. But CSUPD isn’t a jack of all trades. It’s a master of specific community-based policing, centered on nonviolence and peacekeeping.

CSUPD isn’t just the exception to the “jack of all trades” rule, either. The department isn’t militarized, unlike other police forces, as officers are primarily armed with Glock handguns and are trained to not intimidate or interfere with peaceful protests, which stands in contrast to the use of force employed by militarized police forces across the country.

CSUPD officers are also required to profusely warn before using force, a practice that was employed in one CSUPD killing in 2017. Additionally, CSUPD officers are banned from using chokeholds, a demand from 8 Can’t Wait, an organization which provided eight demands of police after the killing of George Floyd last summer.

Our campus police should be an example for policing across the nation. We should demilitarize and minimize the scope of the police and make them mostly nonviolent. We should leave the violent crimes and investigations to regional SWAT teams that rarely need to be activated. We should create dedicated teams to respond to nonviolent crimes, like Fort Collins Police Services has.

Rather than militarizing and bolstering police funding, we should follow CSUPD’s approach to creating community-based policing that emphasizes trust and peace over violence and force. It’s working here on campus and in Fort Collins, and it will work across the nation too.