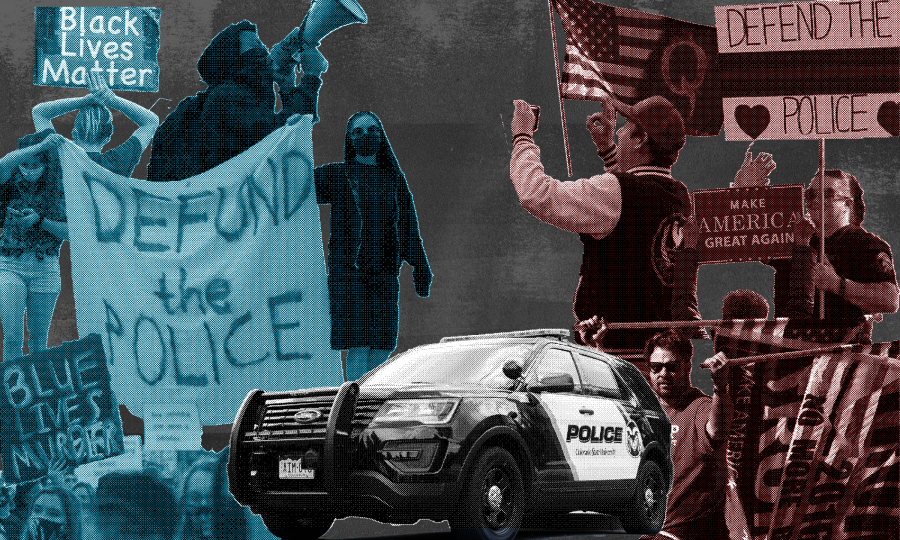 A spam message from one of my old friends appeared on my feed as I swiped through Instagram this summer. It was the height of the George Floyd protests, and posts calling for racial justice and mass protest lit up the internet — Instagram in particular. Yet this friend posted the opposite. He shared posts proclaiming “blue lives matter!” He adamantly defended the police and disparaged protesters marching for racial equity.

This summer solidified my belief that “blue lives” do not matter because they do not even exist. The “movement” he was a part of exists solely to protect a profession rather than the unchangeable and very personal identity of Black Americans that Black Lives Matter seeks to protect.

Despite the incendiary headline of this article, let me be clear: I understand that police officers, as people, matter.

However, at the same time, I cannot reasonably claim that my uncle or his coworkers deserve a movement akin to a major social justice movement backing them and supporting them for their line of work. Because it is just that: work.

The blue lives matter crowd propagates the idea that police officers are harshly discriminated against for doing their job. They claim, solely because of their profession, cops are ostracized, berated and mistreated.

The blue lives matter crowd claims there is an undercurrent of anti-cop hysteria among the general populace, and this mindset manifests itself in minor, somewhat passive acts of aggression that happen nearly every day.

Now, I get it. I would also be up in arms if my McDonald’s order took a few minutes too long or if a milkshake machine wasn’t cleaned properly when I ordered a drink. And they are right. These are all clear examples of widespread, systemic cultural discrimination against cops.

To be 100% clear, that last paragraph was sarcasm.

“Blue lives” literally do not, and cannot, exist. Being a police officer is a job, a line of work. They can join at any time. They can quit at any time. Cops are not “blue lives” because their profession does not constitute their entire person.

So, it’s a fair assumption to think that by saying “blue lives matter” you’re implying that being a “blue life” is equivalent to being Black. Which, of course, isn’t true. Black people can’t just quit being Black. Nor do they get the positional power a cop does just for being Black.

Cops get, just because of their job, tasers, knives, handcuffs, mace, pistols, batons, shotguns, squad cars, riot gear and K-9 units.  Depending on position, they also get police unions, government pensions, health care plans, college debt forgiveness and qualified immunity to effectively not be sued for most of their actions, among other benefits.

Surely with all those benefits, they’re the real victims, right?