Neustadter: The issue of water usage in Colorado 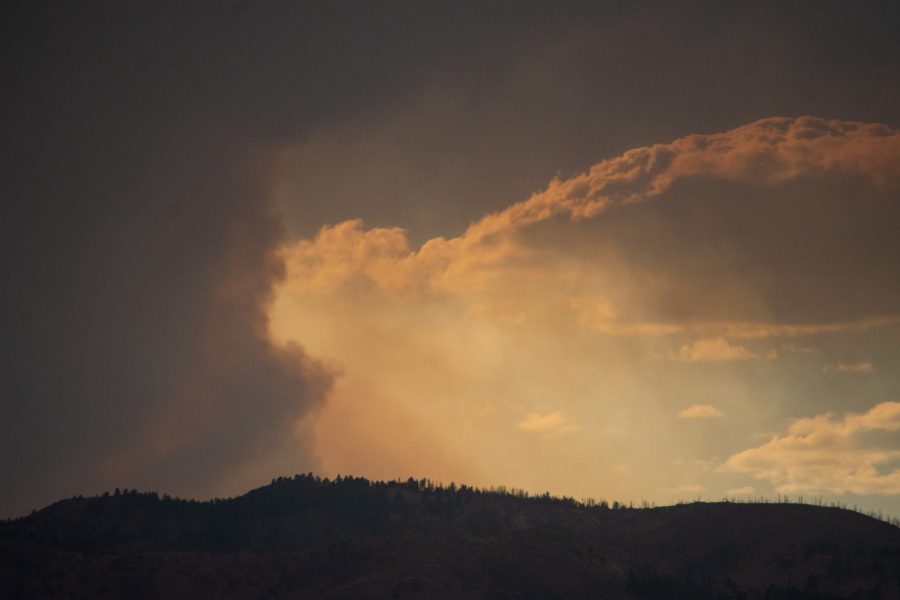 Looking back on the dumpster fire that was 2020, it’s shocking to realize the COVID-19 pandemic was only one of many catastrophes that occurred. The year saw continued environmental destruction around the world, including wildfires, flash floods, hurricanes and earthquakes.

In Colorado, three of the biggest wildfires in state history, including the Cameron Peak fire, blazed like never before across the state. As the effects of climate change become more apparent in the years ahead, fires will continue being a serious concern.

In tandem with these blazes, Colorado experienced historic levels of drought last year. The entire state experienced “drought or abnormally dry conditions” in August — the first time in eight years. Although some municipalities regulate water use, significant residential water use continues in the Front Range due to COVID-19 restrictions keeping people home.

With some of the state’s biggest cities — notably Denver, Fort Collins, Aurora and Colorado Springs — relying on sources west of the Continental Divide for a significant portion of their water, officials at the state and local level should reconsider their water regulations to best support a large population living in a dry, high altitude environment.

In many Front Range cities, those who have not experienced the trauma of evacuating in the face of a raging wildfire firsthand bear no sense of urgency to the crisis at hand.”

In the coming years, the politics of water usage will only escalate, considering there is a limited supply that will only be drained as Colorado’s population grows. From 2010 to 2018 alone, Denver’s population saw an almost 20% increase; if this trend continues, it could have dire impacts on the Front Range’s water supply.

Current trends reported by The Colorado Sun indicate Lake Powell and Lake Mead, the nation’s largest reservoirs, supporting over 40 million people in the Colorado River Basin, are only at 42% and 40% capacity respectively, signaling an exceptionally dry year and bleak drought forecasts for the West.

Living on the Front Range, however, bears no resemblance to the dire drought periods Colorado has experienced — much of it only in the past year. Greenery abounds in perfectly manicured lawns and city parks, bearing a striking contrast to the scalded hillsides of the Rocky Mountains or the torched remnants of family homes.

In many Front Range cities, those who have not experienced the trauma of evacuating in the face of a raging wildfire firsthand bear no sense of urgency to the crisis at hand. A drive through Denver, Colorado Springs or either of their suburbs yields thousands of identical green plots — many of them precisely trimmed and maintained.

Even at Colorado State University, where ashy hazes choked students and residents and a plume of smoke loomed over Fort Collins during the worst of the Cameron Peak wildfire, outdoor spaces maintained manufactured green environments. The Oval, campus’ original center, maintained its green grass.

Reconsidering how water is used along the Front Range and within the state is imperative for municipalities to take on while Colorado is at the front lines of climate change. In a culture that still prides itself on proving its status through maintaining green lawns, we must reconsider the disastrous ramifications of ignoring the complexities of water usage and instead face the realities of what our climate demands. That way, we can ensure everyone has access to clean water and can live comfortably.