Eckburg: The definition of refugee needs to include climate migrants 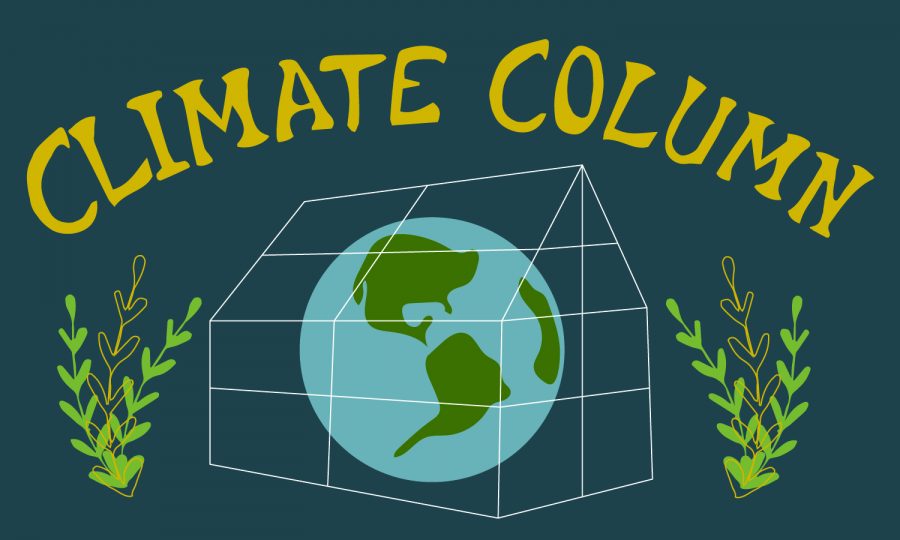 A refugee is defined as “a person who flees to a foreign country or power to escape danger or persecution,” and those who fall under this classification are protected under international law.

As college students, we have been introduced to the idea of refugees and the many reasons people are forced to leave their home country multiple times throughout our academic careers. There are currently  5.6 million Syrian refugees living mainly in Turkey, Lebanon and Jordan fleeing the Syrian conflict that has continued to tear across their country for the last decade.

People who are already vulnerable will be forced to flee their homelands in search of a more stable environment to live in.”

The definition of refugee needs to be expanded to include those who are migrating due to the impacts of climate change on their homeland. Although they are not fleeing their country to escape persecution or danger, they are being forced to leave due to the land becoming less inhabitable and therefore deserve protection under international law.

The Environmental Justice Foundation, founded in 2001, has advocated for the rights of climate refugees for over two decades.

The EJF believes in the importance of environmental security and advocates for its consideration as a basic human right due to the fact that millions of people rely on the natural environment around them for their livelihoods. For some, the loss of the environment would lead to hunger, vulnerability and poverty — and those people deserve protection.

Climate change is an incredibly real issue plaguing our world. From mainlands to tiny islands miles offshore, climate change will eventually affect every person directly, but for some, these effects are happening as you read this.

As Earth continues to get warmer, sea levels will rise and natural disasters will go from already catastrophic to a sci-fi thriller nightmare. Those who live in communities that are reliant on the natural environment (fishing communities, farming communities, etc.) will be affected greatly as climate change continues to slowly destroy the world around us.

People who are already vulnerable will be forced to flee their homelands in search of a more stable environment to live in.

According to npr.org, weather disasters displaced an average of 24 million people every year since 2008. Climate change will cause this number to skyrocket in the coming decades due to the warming of the planet, the ever-rising sea level and shifting weather patterns.

Many communities that are already extremely underrepresented will find themselves more vulnerable to poverty and a lack of protection.

The World Bank estimated that sub-Saharan Africa, Latin America and Southeast Asia alone will produce 143 million more climate migrants in the next 29 years.

We have to remember that this is just an estimate, and the number could be much higher depending on the progression of global temperatures and whether or not we, as a collective, decide to make changes in order to prevent further polluting our planet.

By expanding the definition of refugee to include climate refugees, many could find solace in the fact that they are not being forgotten and will receive protection under international law if they are forced to leave their homelands due to climate change making them uninhabitable.

As college students, we represent the generation of people who have the opportunity to make a change in our habits to prevent climate change and the destruction of our natural environment. Many developing countries are at risk of having their economy deteriorate due to climate disasters affecting their livelihoods.

The definition of refugee needs to be expanded to include climate refugees, and environmental security should be a basic human right afforded to everyone.