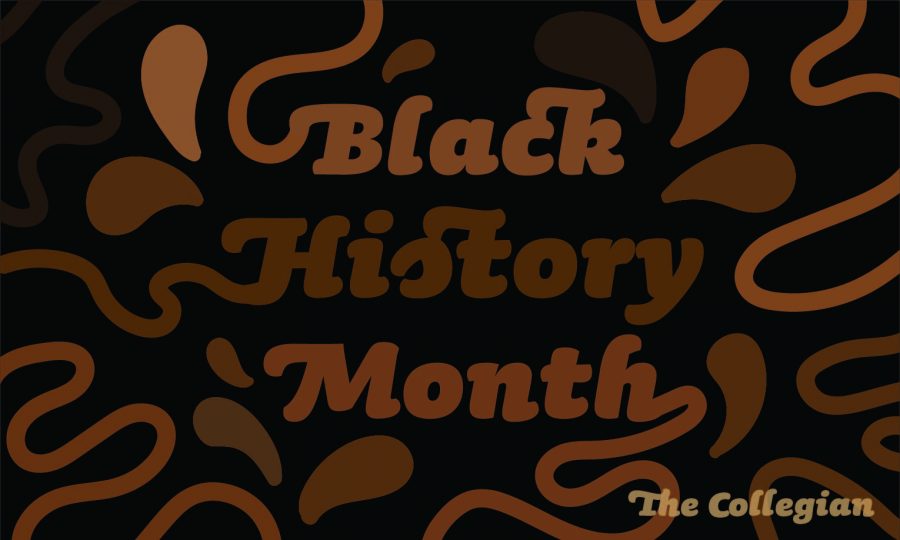 The United States has entered a national conversation about its problematic history and how that history is celebrated. Debates over the removal of Confederate monuments and the initiative to put Harriet Tubman on the $20 bill demonstrate our country’s attempts to come to terms with its legacy of enslaving and systemically discriminating against African Americans.

Black History Month reminds us of the very real consequences of America’s past, but it can also give us the opportunity to appreciate our present. Celebrating the ways in which Black cultures have enriched the broader American culture should be an important part of this month and our attempts to write a more equitable history going forward.

For example, American music as we know it today has its roots in the styles of Black musicians. Almost anybody can recognize the sounds of jazz, and some of its most important pioneers — such as Louis Armstrong, Miles Davis and John Coltrane — are now household names that carry with them the tag of musical genius.

According to the Smithsonian Folkways Magazine, the “rhythmic accentuations and call-and-response” elements of jazz can be traced back to African cultures. When these elements came together with European instruments and harmonies, the magazine writes, it yielded a musical style that was “entirely American, rooted specifically in the earlier African American blues and ragtime styles.”

Although jazz isn’t exactly a mainstay in everybody’s playlists today, it had undeniable influences on the music we still love to play. Around the end of World War II, a new sound was evolving from jazz called rhythm and blues developed by Black artists. It wasn’t long before performers like Chuck Berry and Sister Rosetta Tharpe took that sound and turned it into what we know today as rock ‘n’ roll.

It is important to acknowledge that white artists like Elvis Presley and The Rolling Stones undeniably drew their inspiration from Black musicians. Rock and jazz both have roots in Black culture and style, and they have quickly become emblematic of American music more broadly — innovative, full of energy and irresistibly captivating.

Even today, pop music is dominated by elements of hip hop and rap, musical styles that can be traced to urban African American communities in the 1970s. Black artists have fundamentally shaped the sound of American music from the early 20th century to today.

It’s important to acknowledge that white artists like Elvis Presley and the Rolling Stones undeniably drew their inspiration from Black musicians.“

Besides music, food is another aspect of American culture that has deep roots in Black history. The American palate is exceptionally diverse, and while other cultures have rightful claims to the origins of several other food styles, African ingredients and cooking styles have a prominent place in Southern and soul food recipes.

According to blackfoodie.com, “Many crops that are key ingredients in soul food cooking were nowhere to be found in the Western Hemisphere prior to the slave trade.” One of those ingredients is rice, which was brought across the Atlantic Ocean by enslaved African people.

Besides this staple crop, the slave trade also brought foods like okra and black-eyed peas to America from Africa. Today, these ingredients and others like pork and cornbread make up some of the most delicious and widely eaten dishes in America.

You will struggle to find a major city in this country that doesn’t have a fantastic local restaurant selling fried chicken or fish with sides of mashed potatoes or some leafy greens. Restaurants like this are evidence of the fact that Black culinary traditions are a prominent part of overall American appetites.

This is evident even in Fort Collins. Places like Lucile’s and Mo Jeaux’s Bar and Grill  serve classic Southern (and therefore African American) meals like red beans and rice and pulled pork with greens on the side. These restaurants are local examples of the wide reach and popular appeal that Black culinary traditions have in America.

In an article for Afroculinaria, culinary historian Michael W. Twitty wrote that “white America and African America are inherently connected.” These connections go further than the landmass we all share; they go back decades and even centuries, and they manifest themselves in our common tastes for food that soothes and music that excites.

Black History Month can and should teach us more than the ugly consequences of our history. It can teach us how our culture has been and continues to be enriched by the contributions of African Americans.