Blouch: Toxic dating habits and how to respond 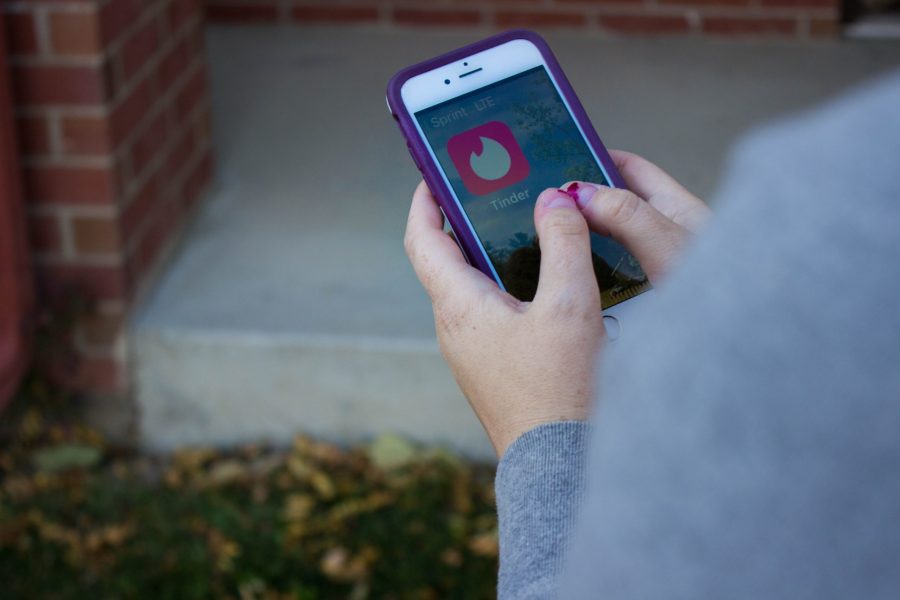 With the help of dating apps and direct messaging, finding your next significant other can either be a blessing or a curse. (Collegian file photo)

Toxic dating habits are seemingly more common within the college demographic. This could be for a number of different reasons, including hookup culture, which romanticizes quick sexual encounters with no emotional implications.

The repeated behavior prevalent within this demographic could be chalked up to college students having to juggle many different responsibilities; maybe there is something to be said about dating having to take a back seat among trying to keep up with school, jobs, internships and social lives.

No matter the reason, many college students feel the pain of toxic dating habits. Here are a few of the common behaviors exhibited:

Chances are you have either ghosted someone or been ghosted during your time on the dating scene. LiveScience explains ghosting as when there is a halt in the communication without any explanation.

Ghosting can hurt, as it leaves the individual with unanswered questions. Often, the person who has been ghosted is left feeling like they did something wrong, but they do not get the courtesy of any reasoning. This leaves a lingering sense of anxiety.

What to do if you experience ghosting

Recognize that it is not a reflection of you but rather the person who ghosted you. Many people have been ghosted; in a study published in the Journal of Social and Personal Relationships, out of 1,300 people, about a quarter of respondents stated that they have been ghosted.

If you have been ghosted, keep in mind that that person is doing you a favor in the long run by showing you unfavorable communication tactics upfront.

Know your worth; you deserve someone who treats you with respect and appropriate affection.”

Medical News Today explains gaslighting as “a form of psychological abuse where a person or group makes someone question their sanity, perception of reality or memories.” For example, a partner might use gaslighting by saying “that’s just a crazy idea you got from your friends” in response to a valid accusation.

What to do if someone gaslights you

Some recommend in situations of gaslighting that the victim keep some sort of evidence. This could come in the form of text messages, pictures or a log of events so that the individual is able to feel confident in their memory of events.

Know when to walk away. Gaslighting is often a tool used beyond any sense of reasoning or logic; even if you have evidence to back up your experience, you can be gaslighted.

Love bombing is defined by Psychology Today as “the practice of overwhelming someone with signs of adoration and attraction.”

Love bombing is common amongst narcissists, as it is a method of control. Often, the goal of love bombing is to put someone in a situation where they feel as though they owe the other person due to the copious amount of “favors” they have received.

What to do if you have been love bombed

Love bombing is usually an occurrence that happens in the early stages of dating. The love bomber will usually overwhelm you with signs of affection that are more appropriate for a developed relationship.

Be wary, and try not to be swept up in the moment if it is someone you are attracted to; recognize that relationships take time.

The best course of action is to ask the other person to respect your boundaries. It’s possible that they are exhibiting this behavior without being aware. Having boundaries in any relationship is important, and if they are not able to respect you in the beginning stages, this is a red flag for behaviors down the line.

Breadcrumbing, described by Macmillan Dictionary, is when someone sends another individual sporadic and often brief messages with the indication that there is still an interest. In reality, the breadcrumber is usually either on the fence about their interest or has no intention of pursuing anything at all.

You might be a victim of breadcrumbing if the person you are talking to takes hours or even days to respond (if they respond) with very short messages that don’t really continue the conversation or make loose plans and do not follow through.

Oftentimes, it’s hard to know when to walk away, as there is a facade that the person has an interest because they haven’t cut off contact.

What to do if you are experiencing breadcrumbing

There are a few effective ways of responding to breadcrumbing. If you are the person who usually instigates the conversation, put the ball in their court. If they do not reach out to you and only communicate when responding to your pursuits, this will tell you what you need to know.

Navigating the dating world is a challenge. No matter what troubles you may have experienced, having a few tools up your sleeve will keep you grounded. Know your worth; you deserve someone who treats you with respect and appropriate affection.

Recognize when it’s time to seek professional help. Understand that in some situations, the only solution is to walk away. It’s better to walk away upfront than let red flags become detrimental in the future.